Belgian authorities are investigating the country’s Foreign Minister who is suspected of corruption and money laundering related to several government contracts, local media reported on Sunday. 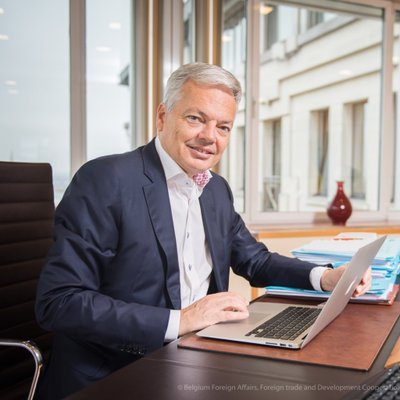 Belgian Foreign Minister Under Investigation for Corruption (Photo: Twitter @dreynders)According to De Tijd, the Brussels public prosecutor's office opened an investigation against Didier Reynders after a former secret agent accused him of bribery connected to a number of government deals, such as the construction of the Belgian embassy in DR Congo.

The agent said that the money was received or laundered by selling high-value works of art and antiquities at excessive prices. He claimed that an antiquarian told him that he provided services to Reynders that allowed him to allegedly launder a bit less than one million US dollars.

He also reported suspicious real estate transactions and the use of shell companies, saying that Reynders’ counselor became the owner of many properties he could not afford based on his official income.

Reynders, who is running for the post of the European Commissioner for Justice, hired a team of lawyers and denied all allegations against him. He also said he was ‘’absolutely unaware of an investigation.”

When asked if he was worried, the FM answered "that it is never pleasant" to be accused but that he "hopes that the clarity will be made as soon as possible."

Prosecutors have said that the investigation is ongoing and will subsequently announce whether there is sufficient evidence to proceed against the FM. If a case is opened, it will be handled by the Brussels public prosecutor because Reynders is a minister.