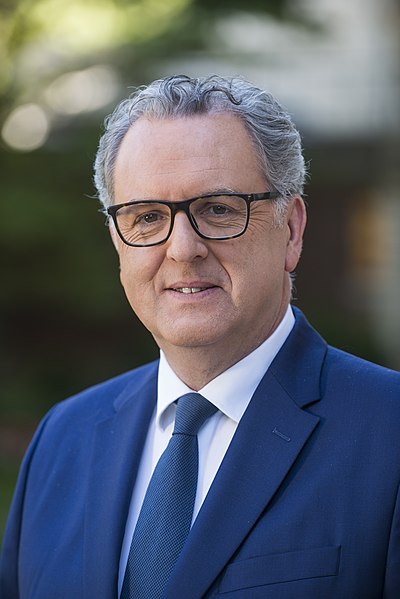 Richard Ferrand (Photo: Christophe Lescot (CC BY-SA 4.0))Ferrand, as the BBC reported, allegedly benefited improperly from business agreements made seven years ago. According to a report, judges met with Ferrand all day in the northern city of Lille in a case “that could bring renewed scrutiny to Macron’s promise to clean up French politics.”

Ferrand denied wrongdoing and stressed he was confident the case would be dropped.

“Richard Ferrand is innocent until it is proven otherwise,” she said and added: “It is logical that the president retains his confidence in Ferrand because he is a loyal man, who has had, I believe, an exemplary political career.”

In 2017, Ferrand was accused of using his position as a head of a health insurance company, back in 2012, to help his partner Sandrine Doucen “land a lucrative property deal,” the BBC reported. “Doucen acquire a property with the knowledge that his company, a Brittany fund called Mutuelles de Bretagne, intended to rent it as office space,” the BBC wrote.

After his resignation, a  Brittany court ruled that there was no basis for prosecution, and Ferrand returned to his active political life.