Applicants for land deeds in Bangladesh must pay substantial bribes, according to a report released Monday by Transparency International Bangladesh (TIB). 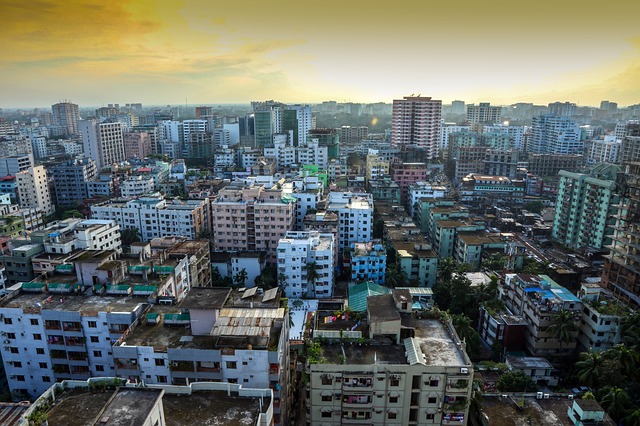 Dhaka, Bangladesh (Photo: Pixabay)“Governance Challenges in Land Deed Registration and Way Forward,” states that individuals must pay from 500 Bangladeshi taka (USD$5.09) to 500000 taka ($5,000) at various points between initial registration of a deed, to production of a duplicate, as well as a compulsory “payment” to the Deed Writers’ Association, reported the Dhaka Tribune.

Even attempting to register a piece of land worth 1 taka ($.01) may require payments of up to 3000 taka.

To secure positions within the land administration office or to request transfers and promotions, job candidates and office holders must also pay bribes. The amount varies by position, but becoming a copywriter can require $3,500, and obtaining a license as a deed writer can cost over $23,000.

Local sub-registrars directly pocket up to half of the bribes and disburse the remainder to colleagues in other offices and the national government’s Directorate of Registration, reported The Daily Star.

“Corruption in this sector has been institutionalized and accountability structures are not working,” said Iftekhar Zaman, the executive director of TIB, at a press conference. “We want to establish accountability, and people should be free from corruption. Doing so will increase revenue from this sector.”

By doling out fair punishments, expanding government supervision, and increasing the number of digitized transactions, Zaman added, authorities may be able to stem the corrupt practices of land service officials.