Lashing out on an island on the other end of the globe, Philippines’ President Rodrigo Duterte blasted on Tuesday the ‘ice-eating white folks’ of Iceland for lecturing him about human rights while allowing abortions of fetuses as old as six months. 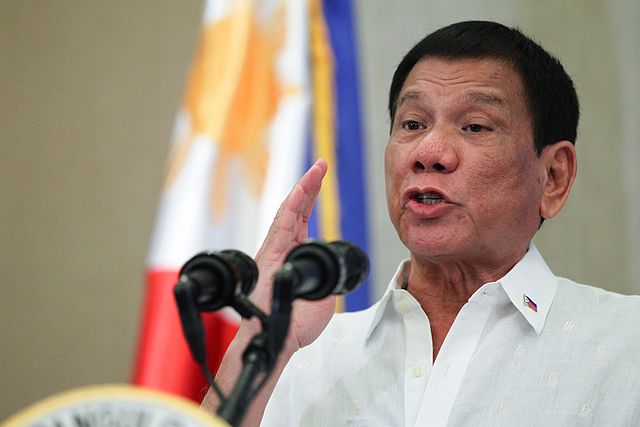 Rodrigo Duterte, President of Philippines (Photo: Government of the Philippines)Iceland angered Duterte when it initiated a UN Human Rights Council resolution that urged Manila to “take all necessary measures to prevent extrajudicial killings and enforced disappearances” which have been taking place as part of its war against drugs.

The Resolution passed last month also called upon the Philippines to investigate the killings and hold the perpetrators accountable.

While the Philippines’ Government insists that police killed more than 5,000 suspected drug dealers in anti-narcotics operations, Filipino activists, according to recent reports, claim that at least 27,000 people, including a 3-year-old child as a collateral victim, have been killed since Duterte came in power in 2016.

Addressing the country’s farmers on the 31st anniversary of the Comprehensive Agrarian Reform Program in Quezon City late Tuesday, Duterte said that “Iceland allows the slaughter of the fetus inside the womb of the mother for up to 6 months.”

“Iceland doesn't eat anything except for ice. The whites really have no shame and yet they teach me what to do,” he said, according to RT.

The Icelanders, as he said, should pay more attention to the drug lords and dealers responsible for “killing our citizens, and creating a social dysfunction,” instead of opposing his war against drug dealers in the Philippines and allowing abortion in Iceland.

The Icelanders, he added, do not understand his country as theirs has a low crime rate, so they can't “comprehend the need for such a bloody approach to criminal justice.”

The UN Resolution was adopted in a tight vote at the 47-member forum in Geneva in July, some two weeks before Duterte called on his government to reimpose the death penalty for drug traffickers.

The President also said he was considering cutting diplomatic ties with Iceland, although some 2,000 Filipinos work there.