A Decade After His Death, Magnitsky Beats Russia in European Court

The European Court ruled on Tuesday that the Russian government violated several articles in the European Convention on Human Rights over the course of its 11-month pre-trial detention and posthumous criminal conviction of Sergei Magnitsky, a Russian tax auditor and government corruption whistleblower, who was found dead on the floor of his small jail cell in northeastern Moscow ten years ago. 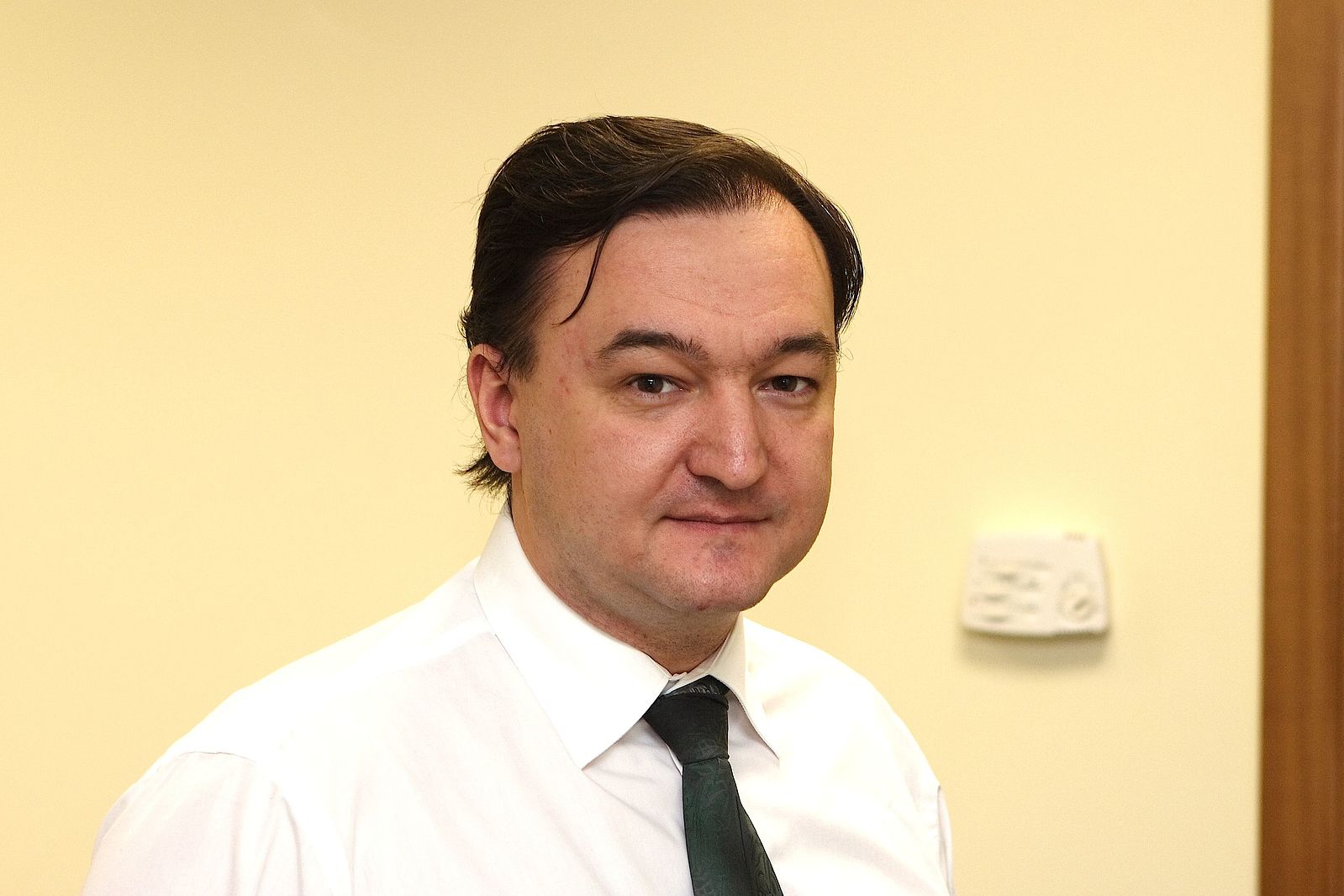 (Voice of America)In the summer of 2008, Magnitsky spoke out about a scheme carried out by several government officials to fraudulently reclaim US$230 million in taxes. Within a year, he had been detained, tortured, and, according to the court, stripped of his “right to life,” among other violations.

The ruling comes years after Magnitsky’s plight inspired international outrage over the erosion of the rule of law in Russia and several so-named “Magnitsky Acts” in countries around the world, from the United States to Estonia, which authorizes governments to sanction specific individuals identified as human rights abusers.

It also comes nearly ten years after Magnitsky himself filed the first claim to the European Court of Human Rights from central Moscow’s Matrosskaya Tishina detention center, the facility in which he would die, at age 37, four months later.

Following his death, both his wife and mother pursued his case with the European Court, and are named as joint applicants in the judgement.

Prior to his detainment in November 2008, Magnitksy was the head of the tax practices office of Firestone Duncan, a Moscow-based firm specializing in providing tax and legal advice to foreign investors. It was from this position that he became aware of a scheme run by several government officials to steal hundreds of millions in tax returns.

A few months after Magnitsky spoke to the press, he was arrested and, along with his British colleague Bill Browder, was charged with tax evasion. Both denied the charges.

The Moscow City Court stuck down several appeals made by Magnitsky and his lawyers to release him from pre-trial detention, and instead chose to extend his detention several times.

As detailed in the 62-page ECHR judgement, Magnitsky spent the last eleven months of his life shuttled between three pre-trial detention facilities in Moscow, often sharing dirty, poorly-lit cells between 20 and 30 square meters with 8-15 other inmates, who were allowed just one ten minute shower a week and were given worm-infested food on “a number of occasions.”

The tax lawyer began complaining of severe pain in his back in May 2009, and became increasingly ill over the next several months. Medical expert reports that have been carried out in the years since have concluded that for the remainder of his time in pre-trial detention, Magnitsky received inadequate medical care, and may have even been given medication that aggravated his pancreatitis. The court judgement notes that "domestic authorities unreasonably put his life in danger."

The ECHR judges concluded that Magnitsky’s treatment during his 11-month detention stood in violation of his human rights, the right to live, right to liberty and security, and right to freedom from torture.

They also found the Russian government guilty of violating Article 6 of the convention on human rights, which guarantees all individuals the right to a fair trial.

Despite his death in government custody, the Moscow court pursued the tax evasion investigation into Magnitsky, enraging the international community who saw the posthumous criminal trial -- the first in Russia’s history -- as a serious affront to the rule of law.

A judge found Magnitsky guilty in 2013, delivering his verdict in a courtroom containing an empty jail cell typically used to hold defendants during court sessions.

“It is a fundamental rule of criminal law that criminal liability does not survive the person who committed the criminal act,” the seven European Court judges wrote in their judgement. “A trial of a dead person inevitably runs counter to all guarantees of Article 6 of the Convention.”

Browder, a British citizen who was tried in absentia and also found guilty by the Moscow court, has become an active anti-corruption activist in the years since Magnitsky's death.

He has successfully lobbied for the enactment of the Magnitsky Act in the United States, Canada, the United Kingdom, and the three Baltic states, which authorizes those governments to sanction individuals believed to have violated human rights, to freeze their assets, and to deny them entry into the country.

In the US, the Act was recently used to sanction individuals involved in the murder of Saudi Arabian journalist Jamal Khashoggi. Meanwhile, in March, the European Parliament called for an EU-wide Magnitsky Act.

“This [European Court] decision has significant value in our campaign for justice,” Browder told OCCRP on Tuesday.

He added that the decision will give the campaign for an EU Magnitsky Act fresh impetus to finally be successful.

“There are a small number of EU states who are sympathetic to Russia and have tried to stall the EU legislation. This decision makes that position much more difficult."