Sudanese former military dictator Omar al-Bashir appeared on Monday in front of judges accompanied by 95 lawyers who will be defending him from corruption charges, Al Jazeera reports. 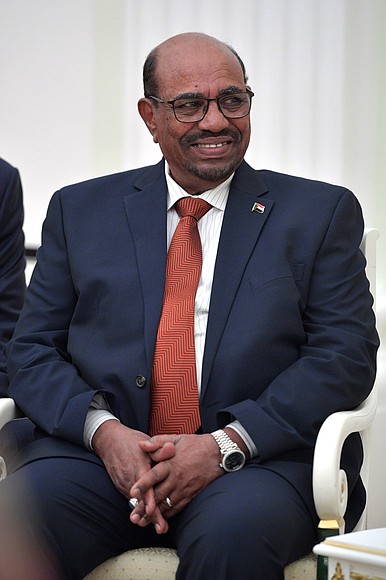 Former Sudanese dictator Omar Al Bashir, who ruled Sudan for 30 yearsThe 75-year-old ruled over Sudan for 30 years before he was ousted and detained by his own security forces in April, following months of popular protests.

In April authorities seized from Bashir's residence more than US$113 million worth of cash in three currencies. A month later, prosecutors said that the former dictator is accused of killing people during the anti-regime protests that started in December 2018 when authorities tripled the price of bread.

But internationally al-Bashir is wanted for much more serious crimes than graft.The International Criminal Court, ICC, issued two arrest warrants for the autocratic ruler, the first on March 4, 2009 and the second on July 12, 2010, for war crimes he allegedly committed in the country’s province of Darfur.

After several years of collecting evidence, the ICC indicted him in 2016 of genocide, accusing him of having used chemical weapons on civilians, including children, at least 30 times.

The UN estimated that 200,000 to 400,000 people died in the conflict, with a further 2.7 million displaced. Sudan is still refusing to hand him over to the court in The Hague, Netherlands.

Commenting on Monday's trial, Amnesty International's Director for East Africa,Joan Nyanyuki, said that while it was “a positive step towards accountability for some of his alleged crimes, he remains wanted for heinous crimes committed against the Sudanese people.”

“The Sudanese authorities must hand al-Bashir over to the International Criminal Court to answer charges of genocide, war crimes and crimes against humanity’, remainding of the victims who “still wait for justice and reparations more than a decade since the ICC issued the first warrant for his arrest.”

The next hearing is scheduled for Saturday.