Brazil Cracks Down on Gangs and Corrupt Government Agents 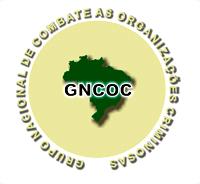 Three operations in Rio de Janeiro targeted military police officers and drug dealers from the Pure Third Command, one of the most powerful criminal groups in the city as well as other individuals suspected of laundering more than R$ 1 million (US$250,858) for the Red Command, Brazil’s oldest criminal group, created in a Rio de Janeiro prison in the 1970s as a self-protection group for prisoners.

Authorities reported several confrontations with the suspects during arrests.

The operations are the result of a nearly two-years long investigation into drug trafficking leaders in northern Rio. The probe found police officers allegedly receiving bribes in exchange for confidential information and for turning a blind eye to crime.

Prosecutors intercepted telephone conversations and found notebooks that revealed officers were taking approximately R2,000 ($500.809) to R5,000($1,252) a week. One defendant was accused of trafficking and acting as a mediator between the police and criminals, negotiating the sale of information, weapons and drugs.

Apart from the 115 arrested, authorities suspended a number of officers who are being investigated.

"There are good and bad professionals in all professions, including in the military police. We will not allow them to erase the brilliance of the other 45,000 men in the organisation," said the spokesman of the Rio de Janeiro Military Police, Col. Mauro Fliess Gaspar

In other states, prosecutors mostly targeted members of The First Capital Command, another criminal organization formed by prisoners as self-protection group in Brazil’s brutal prison system as well as other allied organizations like the Red Command with 69 of their people being arrested in Acre.

Prosecutor Gaspar de Mendonca said the aim of the operation was to target the financial nucleus of these groups.

The nationwide operation was run by the National Group on Fighting Criminal Organizations (GNCOC), a collegial body that coordinates crime fighting units across the state.