In the biggest bust for the state of Queensland–and the third largest in Australia–police seized 766 kilograms of pure MDMA powder on Tuesday and charged six people in connection with the case, including two UK citizens. 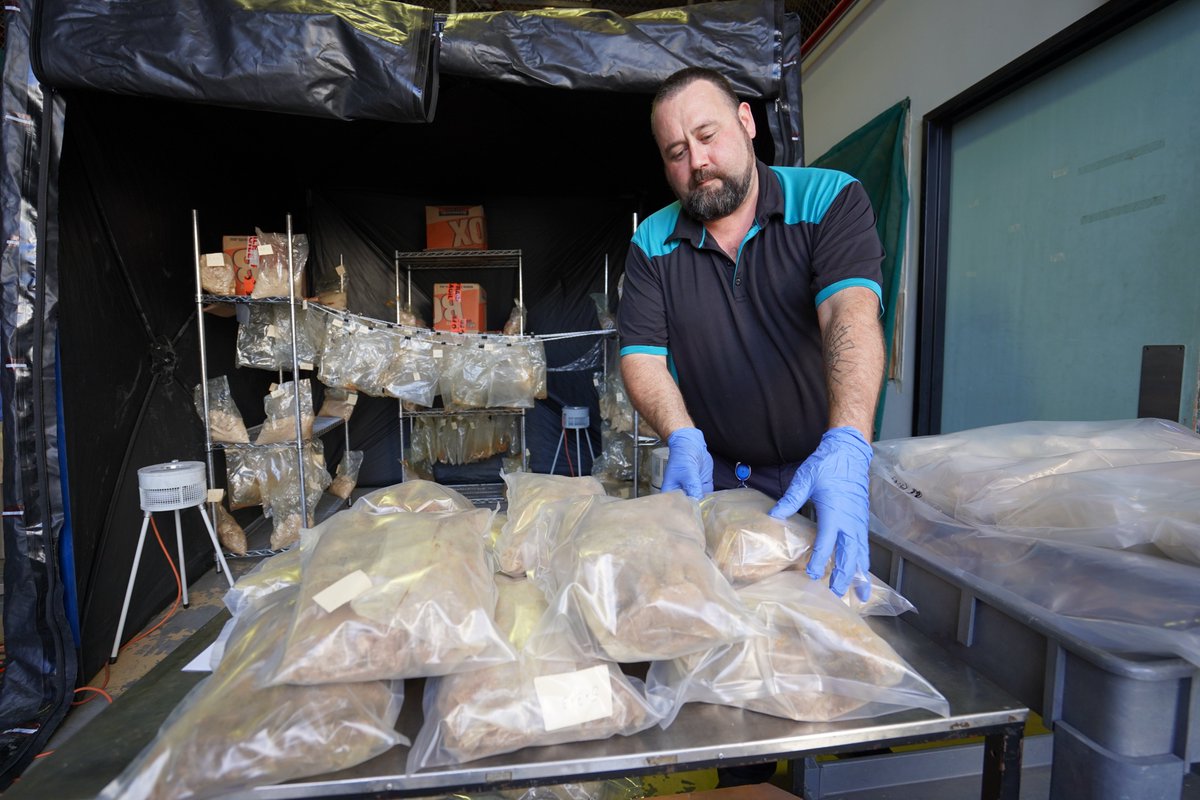 Drugs seized in multi-agency operation (Photo: Queensland Police)This amount of the psychoactive narcotic, also known as ecstasy in its pill form, has a street value of AUS$90 million (US$60.9 million), according to police. The seizure is part of an investigation into an international organized crime ring linked to the trafficking of high purity drugs.

“We believe the drug would have been diluted with other agents and had the potential to make between six and 12 million capsules,” says Detective Superintendent Jon Wacker of the State Crime Command’s Drug and Serious Crime Group.

As part of the operation in Australia, police are coordinating with authorities in New Zealand to target the the crime ring.

Tuesday’s seizure comes on the heels of a New Zealand police raid of an Auckland apartment complex last week, where more than 200kg of methamphetamine was found in plastic storage containers. The drugs were stored inside a wardrobe full of cardboard boxes hiding the containers.

Another two men from the UK were charged with possession of the drug. Both men will appear in a New Zealand court in the coming weeks.

The amount seized has an estimated street value of NZD$144 million ($92.6 million) and is equivalent to four months of the estimated national meth consumption, police say.

Details emerged on Thursday that one of the women arrested during the raids is related to Australian national Schapelle Corby, who in 2004 was detained with 4.2kg of marijuana in her bag at an Indonesian airport. Her arrest led to a drama-filled case where she alleged the drugs were planted in her bag. Corby spent over nine years in a Bali jail for drug trafficking.

“Removing 766kg of MDMA before it reaches our streets will have an immeasurable impact on the illicit MDMA market,” Willis says.

MDMA is a popular party drug and is being investigated in Australia as the suspected cause in six deaths at Australian music festivals over the past few years, according to The Guardian.