$45 Million Worth of Drugs Seized in Eastern Canada

Police in Toronto charged 60 people and seized over CAD$45 million (US$34 million) worth of drugs during two investigations into organized crime and the illicit drug trade. 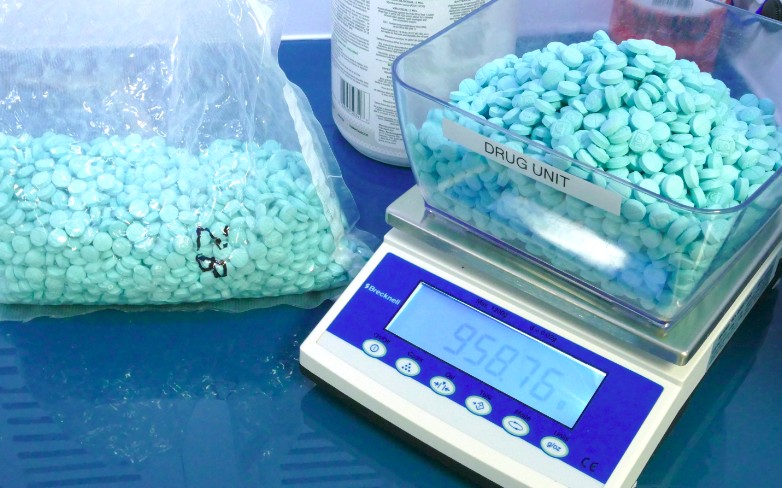 “The fentanyl was used to cut into the production phase of other drugs,” Constable Andy Pattenden told OCCRP. As a result of the seizure “it won't be laced in other drugs the group was using.”

Project Moon began in early 2019 but previous arrests from the year before led police to believe the suspects were involved in the synthetic drug trade. As a result of the investigation, police found 19 kilos of cocaine, 16.5 kilos of meth pills and over 56 kilos of black-market weed. They arrested eight people in connection with the case.

The street value of the fentanyl is difficult to determine because it was being used to lace other drugs, Pattenden explained. Instead, the bust will prevent many millions of fentanyl doses from being cut into other drugs.

Most of the time, many people don’t know their taking fentanyl because it’s been mixed into the drug they’re taking, according to the Centre for Addiction and Mental Health.

Police found in Project Zen many of the suspects were members of Asian organized crime groups and local gangs, like the Parkdale Crips. The groups focused on trafficking cocaine, MDMA, magic mushrooms and shatter, a concentrated cannabis oil. These drugs along with 400 Viagra pills, where found during the operation. Police charged 42 people.

Marijuana has been fully legal in Canada since October 2018. In Project Zen, the masterminds took advantage of the medical marijuana system, according to police, and created their own illicit weed farms in Southern Ontario to sell on the black market and finance other parts of their operation.

“The group was using the cash to fund synthetic drugs,” Pattenden said.

Black-market recreational weed costs 40% less than what is legally sold in dispensaries throughout Canada, according to a Quarts article published in April.

The illicit drug trade doesn’t stop at just weed and cocaine. Across Canada, rates of fentanyl seizures have been rising in the past few years.

Fentanyl is extremely deadly. Even the smallest amount of the drug has the potential to send the user into overdose. Last year, 2,831 Canadians died from fentanyl or fentanyl analog overdose, according to a national report on opioid-related deaths published by the government. In Ontario, of the people who died from an overdose last year, 75% were related to fentanyl.

Pattenden said taking fentanyl off the streets will decrease overdoses and deaths.