The Vatican released Pope Francis’s renewed statutes for the governance of the Vatican Bank on Saturday, which will bring in an external auditor for the first time and introduce new ethical guidelines for members of the bank's staff. 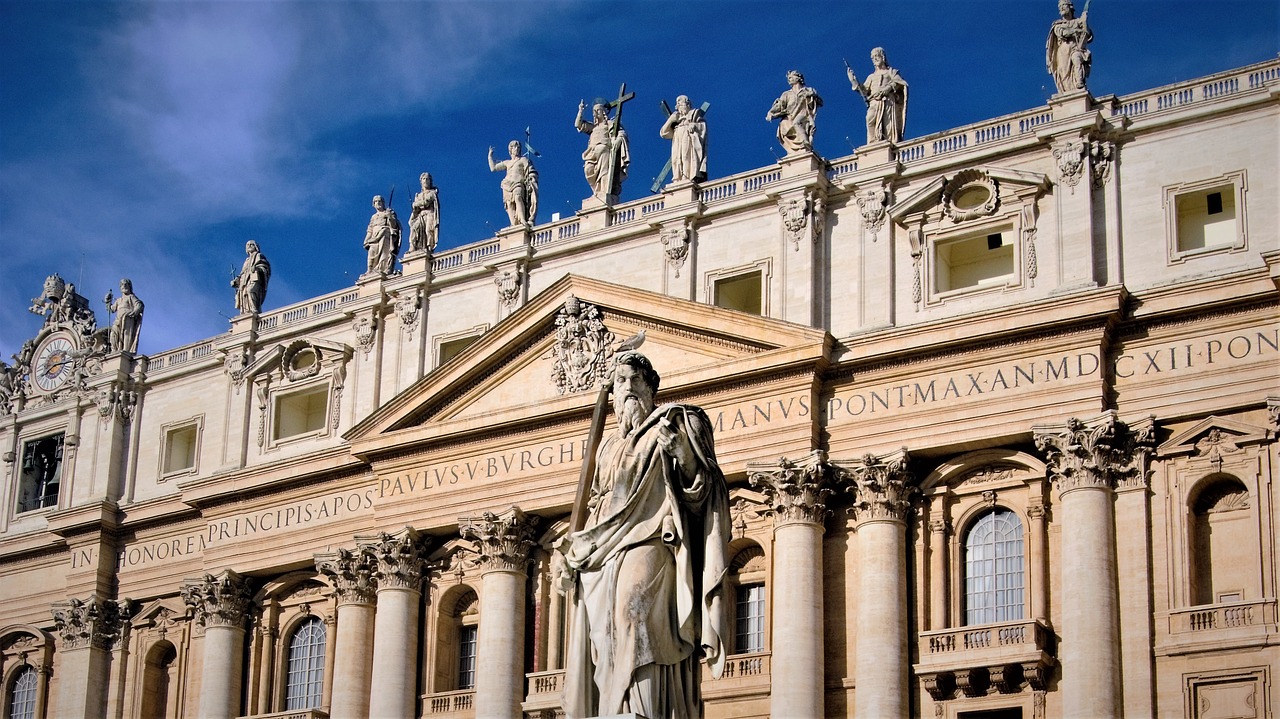 Formed in the midst of the Second World War, the Vatican Bank has been hobbled by rumors of its associations with organized crime groups (Pixabay)Throughout its nearly 80-year history, the reputation of the bank, officially known as the Institute for the Works of Religion (IOR), has been hobbled by its rumored associations with organized crime and alleged violations of laws both divine and basely criminal, from embezzlement and money laundering to mafia murder conspiracies.

The new rules are just the latest in the pope's six-year crusade to clean up the institution, which has long been viewed by many as a symbol of the Church’s legally and morally corrupt underbelly.

Formed in the midst of the Second World War, the Vatican Bank is the privately-run custodian of the Church’s assets, which are “designated for religious works or charity.” It is run by an advisory board that reports to a committee of cardinals and the pope himself, and currently oversees over US$5.5 billion.

Exempted from wartime financial restrictions and taxes, the IOR became the “world’s best offshore bank” in the 20th century, where members of Italy’s upper class, the mafia, and the freemasons allegedly laundered their money. Through its relationship with rumored mafia member Michele Sindona, the bank was implicated in the infamous collapse of Franklin National Bank in 1974. Six years later, it was involved in the fraudulent bankruptcy of Banco Ambrosiano, and lost hundreds of millions of dollars in the process.

The “mysterious” death of Pope John Paul I in 1978, just 33 days into his pontificate, gave rise to abundant conspiracy theories about the Vatican’s sinister ties with organized crime and secret societies, while the sudden death of Banco Ambrosiano’s chairman Roberto Calvi in 1982 appeared to confirm those links for many. Indeed, both events came to inspire the plot of 1990s’ The Godfather Part III.

“If only prayer could pay off our $700 million dollar deficit,” the fictionalized Pope-to-be John Paul I bemoans to mafioso Michael Corleone after the Vatican Bank has been swindled on his watch. By the end of the film the virtuous pope, foiled in his attempt to probe the Bank’s corruption, has been killed. “The higher I go the more crooked it becomes," Michael laments.

MONEYVAL, the Council of Europe committee that evaluates nations’ compliancy with international anti-money laundering and financial terrorism rules, completed its first evaluation of The Holy See the following year at the microstate’s own request. The country was given a passing score.

Reforms began to more seriously ramp up under Pope Francis, however.

Barely three months after the pope’s appointment, Italian police staged a high-profile arrest on Monsignor Nunzio Scarano, a suspiciously wealthy priest who at the time was involved in the oversight of the Vatican’s property holdings and investments, on charges of trying to launder over $20 million.

That summer, when a reporter asked the pope whether it was time to do away with the bank altogether, he appeared to take the question seriously.

“These are scandals,” he said, “and they do harm.”

He established a Pontification Commission to review the activities of the bank in June 2013, and in the fall Italian media reported that the IOR had closed over 1,000 customer accounts.

By 2014, Pope Francis had ultimately decided to allow the IOR to continue operating under the condition that it committed to reforming itself.

While the years since have come with a cascade of financial crime-related arrests of top church officials, including the bank’s former head who was indicted for embezzling up to $61 million in 2018, the Vatican has also been consistently praised by MONEYVAL for continuing to improve its internal regulations.

The most recent review, published in 2017, praised the bank’s “well embedded” suspicious activity reporting protocol and the efficacy of the AIF. The next progress report is expected to publish this coming December.

Saturday’s renewed statutes have been approved “ad experimentum,” meaning they will be put into action on a trial basis for the next two years.

In addition to replacing its internal auditing system with an independent, external one, the new statutes replace indefinite appointments with single term limits and stipulate an exclusivity of employment requirement for everyone employed by the IOR.

In an accompanying editorial, the Vatican’s editorial director added that “the renewal of the Statutes of the IOR represents an important step in the process of adaptation to the highest international standards. More importantly, it signifies a renewed fidelity to the [IOR’s] original mission.”