Uruguay’s reputation for stability on a continent wracked with political and social unrest has made its law enforcement authorities too complacent to prevent the country from becoming a drug trafficking hub in recent years, German broadcaster Deutsche Welle reported Tuesday. 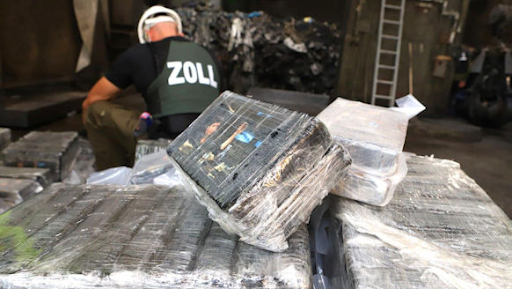 Cocaine found on ship from Montevideo (Photo: Hauptzollamt Hamburg)Several shipments of cocaine seized in Europe have originated in Uruguay, including the 630 kilograms discovered in May on a private plane that landed in Switzerland, according to InSight Crime. The plane had departed from Montevideo, Uruguay’s capital.

More recently, authorities seized roughly 4,000 kilograms of cocaine on a container ship in Hamburg—the largest seizure in German history. The ship had also departed from Montevideo.

Uruguay is not commonly perceived as a focal point of the international drug trade, particularly compared to Brazil and Mexico.

However, due to a surge in global demand for cocaine, and mounting evidence of a sophisticated criminal partnership between European groups and South American suppliers, traffickers always find alternative avenues to transport their wares, experts told DW.

Although described as insufficiently equipped, Uruguayan police had in the first seven months of 2019 seized almost twice as much cocaine as they had confiscated in the previous year, reported the Uruguayan news outlet ECOS in July.