The United Nations is investigating allegations that members of its staff stationed in Yemen were involved in corruption, nepotism, and have allowed a senior Houthi rebel access to a UN vehicle, an Associated Press investigation revealed Monday. 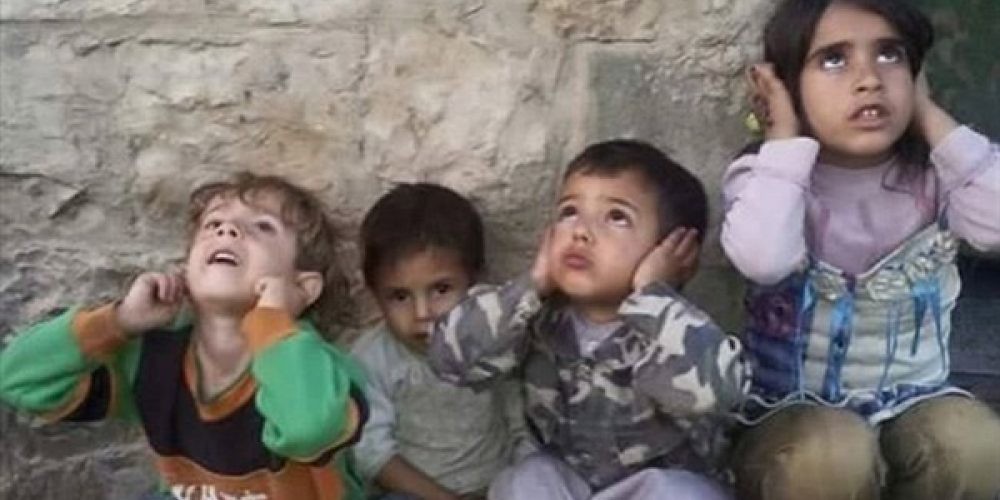 The conflict in Yemen has affected more than 12 million children (source: Felton Davis / Flicker)International aid workers at the World Health Organization and children’s fund UNICEF are facing allegations of having enriched themselves with the aid money coming into the country to alleviate the humanitarian crisis.

In the midst of Yemen’s years-long civil war, problems of corruption have helped divert food, fuel, and other aid goods from those in need.

According to the AP investigation, the WHO’s probe began last November after allegations of financial mismanagement arose against Italian doctor Nevio Zagaria, who headed the agency’s Yemen office for two years prior to September 2018.

Under Zagaria’s watch the WHO’s Yemen office was plagued with problems of corruption and nepotism, six current and former employees told the news agency.

WHO spokesperson Nyka Alexander told OCCRP that the agency conducted an internal audit - a process undergone several times throughout any given fiscal year - from July to October 2018, and found the effectiveness of some financial and administrative controls at the Yemen office to be unsatisfactory.

The audit team then made several recommendations regarding “practices and changes in responsibilities which required urgent management attention, including the suspension of contracts with some local implementing partners, and identified conflicts of interest and other matters of suspected wrong-doing by staff,” Alexander told OCCRP.

“These required formal investigation, which is on-going, in part owing to the complexities of the operational environment in the country,” the spokesperson said.

According to the Associated Press, Zagaria promoted several junior staffers to high-paying positions they were unqualified for, and in one such instance, made two newly-minted senior staffers care for his dog.

In addition, Zagaria approved dubious contracts on behalf of the agency that had received no competitive bidding and lacked the proper paperwork regarding how the money would be spent.

A copy of the WHO’s internal audit report released in May confirms that the acquisition of goods was done “without adequate justification or appropriate mitigating controls.” It also adds that many warehouses in Yemen were operating at full capacity with goods that had passed their expiration dates, and that some financial transactions lacked monitoring checks.

According to AP, staffer Tamima al-Ghuly allegedly falsified information on the agency’s payroll by inventing imaginary employees and then pocketing their very real salaries herself. She also added her husband, a member of a prominent Houthi family, on the WHO payroll.

In October, UN investigators were preparing to leave Yemen with laptops carrying evidence that the staff stationed there was guilty of fraud and corruption. Yet before they could board their flight out of the capital of Sanaa they were apprehended by armed Houthi rebels who confiscated their laptops.

Four individuals told the Associated Press that Al-Ghuly had alerted the Houthis about the laptops and prompted their confiscation in an effort to hide her corrupt actions.

Al-Ghuly has since been suspended but not fired, according to the AP investigation.

Alexander told OCCRP that the agency could not comment on the cases of specific individuals, but emphasized that the WHO maintains a “zero-tolerance” policy for corruption. Following the revelations of the internal audit, the WHO acted upon the auditors’ recommendations by appointing a new country director and deploying more staff to Yemen.

“The country office structure has been updated with clear reporting lines and functions, to increase transparency and accountability, and to reduce operational and management inefficiencies,” Alexander said.

UNICEF meanwhile is investigating a staffer named Khurram Javed for his role in allowing a senior Houthi rebel to travel in an agency vehicle, thereby allowing him to be protected from potential airstrikes by the Saudi-led coalition that is currently fighting the Houthis.

Officials at the agency expressed concern that, should coalition forces believe that UNICEF vehicles are commonly protecting Houthi fighters, they may begin targeting them.

Javed is also believed to have close ties with the Houthis.

A UN report conducted by a panel of experts on Yemen concluded that international aid agencies have frequently been pressured by Houthi authorities in the past. They have leveraged threats of revoked visas, limited staffers’ freedom of movement and ability to carry out their projects, and often forced the agencies to hire Houthi loyalists.

The report notes that while it is unclear how many staffers have aided the fighting forces in the past, several instances in recent years have indicated that staffers have been complicit in the theft of aid supplies.