For the third weekend in a row Moscow authorities have gone after protesters agitating for free city elections, arresting demonstrators at a higher rate than earlier, even though the crowd was smaller. 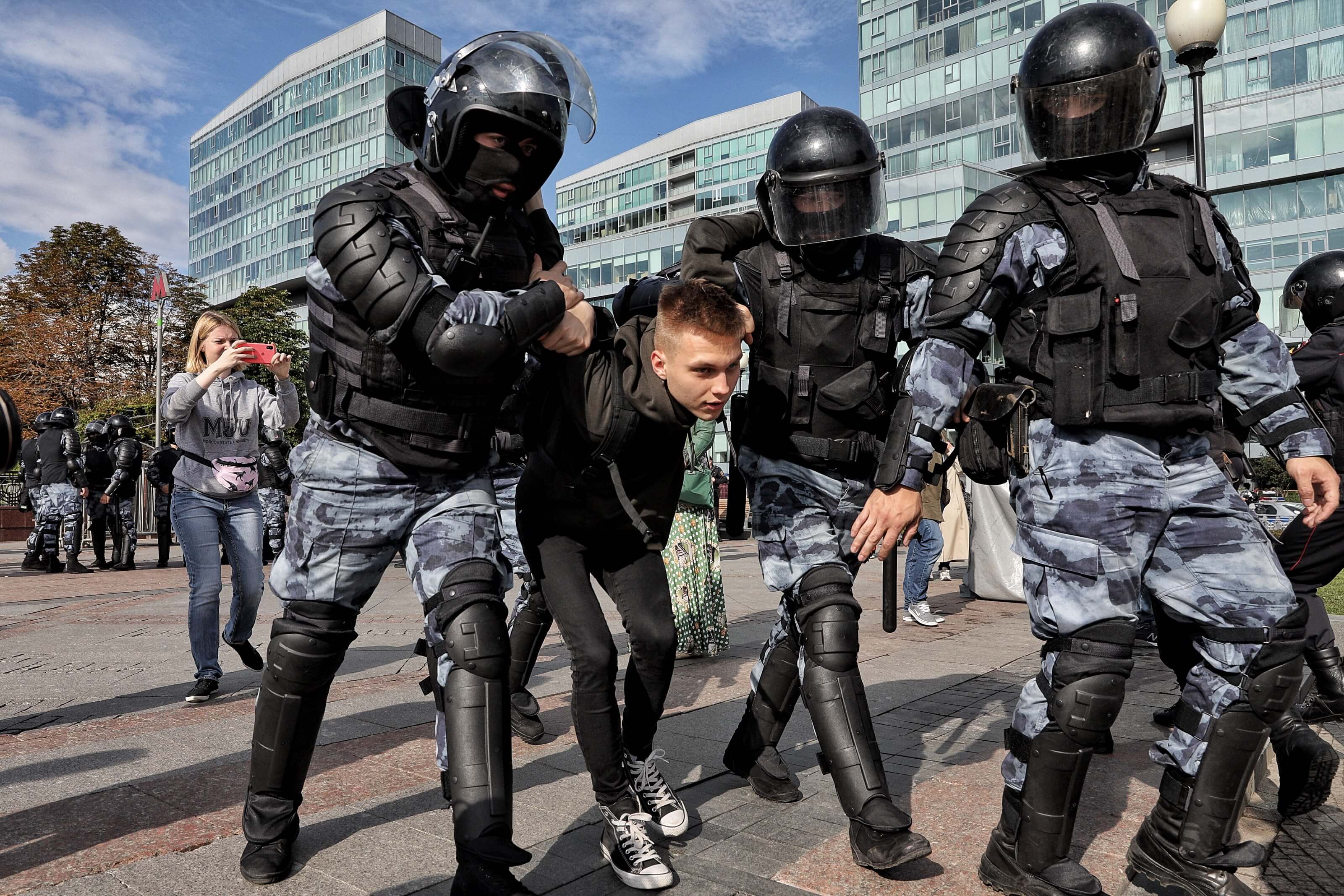 Moscow authorities drag protesters away in Trubnaya Square on Saturday (Vlad Dokshin, courtesy Novaya Gazeta)Some 1,000 of the several thousand people who showed up to Saturday’s protest ended up detained, according to OVD, a non-governmental watchdog agency.

The city and opposition Libertarian Party supporters had argued over where to hold the latest protest. Moscow Mayor Sergei Sobyanin offered to approve another demonstration further from the president’s residence. Instead, protesters not still detained following last week’s picket or scared off by threats of violence took to the ring surrounding the Kremlin, about a kilometer away from the residence.

Despite attempts from the city to characterize the protests as a riot or violent, protesters were overwhelmingly peaceful. Authorities had even asked local businesses to shut down for the day, purportedly responding to complaints of damage and worries about security last weekend.

Some onlookers characterized the scene as an occupation,  as police outnumbered the protesters, and with riot police and national guardsmen brought in as deterrence.

Law enforcement was arrest happy - dragging people away for anything from waving Russian flags, not carrying documents, reading the Federation’s constitution, and shouting football slogans, to riding bikes in the wrong place and even sightseeing.

In the days leading up to the protests, police repeatedly released and detained opposition candidates and their supporters in an attempt to weaken the resistance.

Though the city tried a number of public relations ploys - from blasting loudspeaker appeals to “Obey the national Guard. They are your sons!” to downplaying the number of protesters - support for the government and its leaders has dropped across the board, according to Levada, a Russian independent pollster.

The protests have outlived their initial mission of trying to get candidates on the ballot who’d been excluded despite having collected the required signatures. New gatherings are scheduled for next weekend in an ongoing protest of injustice.