No Probe into Tajik ex Official, Suspected of Amassing Wealth

Tajikistan’s anti-corruption agency said on Tuesday it will not investigate the former head of a customs terminal, whom the President fired and publicly scolded in May for lying about his qualifications, amassing unexplained wealth and hiding money abroad. 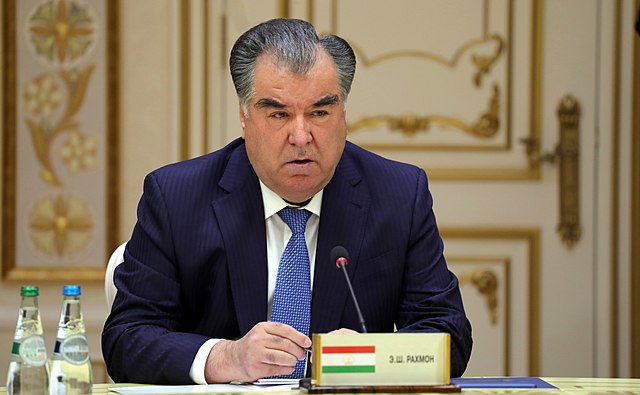 “I know all about you,” President Emomali Rakhmon yelled at Shahboz Rajabzoda, the former head of Terminal 1 of the country’s Customs Service, at a meeting of customs and tax officials aired on state TV.

Rakhmon called the customs officer before a microphone and grilled him in front of peers about his university diploma and about how many houses and cars he owns. He claimed he graduated in Russia, had one house and one car.

“Don’t lie to me,” the President responded, and Rajabzoda then confessed that he’d never graduated, owns three houses plus a weekend getaway, drives three cars, and had cash stashed abroad.

“You will resign now! You are still young, otherwise you would be sent to prison for at least 15 years,” President Rakhmon concluded.

The embarrassment came after Rajabzoda bragged he has connections because his father is the President’s family doctor and because he was a driver for the President’s daughter before she helped him land the customs job.

The average monthly salary at customs is between US$64 - 76, though Rajabzoda’s position would pay about US$200. He held that job for only 20 months, making it unlikely he could have bought the houses and cars and built up a savings account only from that income. It is not known whether he inherited the properties or whether his spouse was rich.

Rajabzoda left his customs post the day the President ordered him to, but will be spared a criminal investigation.

Sulaimon Sultonzoda, director of Tajikistan’s Agency for State Financial Control and Fight against Corruption, said that no one filed an official complaint that would prompt an investigation.