Following orders from President Rodrigo Duterte, authorities have closed all state gambling facilities on Sunday and will keep them closed until the end of a massive corruption probe. 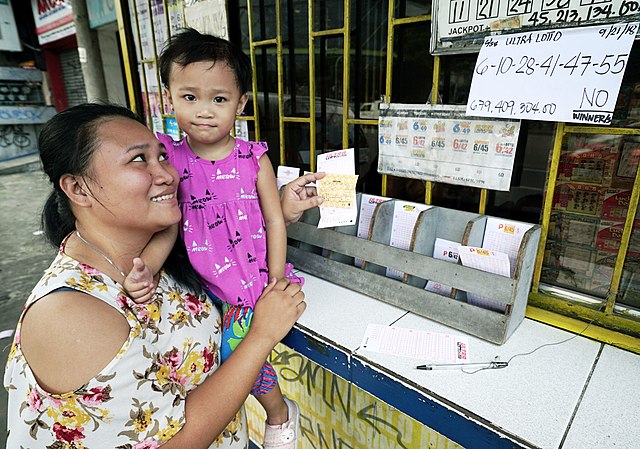 A Fillipina mother holds her daughter after purchasing a lottery ticket in 2018, when the jackpot rose to over US$13 millionIn total, more than 30,000 lottery and gambling kiosks managed by the Philippine Charity Sweepstakes Office (PCSO) - the institution suspected of corruption - were locked by police across the country.

“The PCSO supports the decision of our dear President in eradicating corruption and illegal gambling activities. The Agency programs, projects and activities are aligned to the objective and goal of our national government,” PCSO said in a statement.

In the meantime, thousands of operators in small businesses and employees have been shut off from their sources of income, with no timetable for when gambling will resume.

“Rest assured that PCSO will appeal to the President for the resumption of the conduct of all games, to PSCO’s mandate, and for the interest of the PSCO, its agents, and its beneficiaries,” PSCO officials said in a statement.

PSCO also provides financial assistance for healthcare, including chemotherapy and other long-term care plans, which the agency has said will remain available unless otherwise noted. If the decision was made to shut these programs down, even temporarily, it could endanger those who rely on the assistance.

“Why is President Duterte punishing ordinary people for the corruption of his officials? Thousands of our fellow Filipinos rely on the PCSO for financial assistance to cover costly medical services. At times these are matters of life and death for many,” Senator Risa Hontiveros told local news.

Several elected officials called for a change in the gambling system altogether, mostly supporting the privatization of PSCO.

“My proposal is very simple … The Department of Finance will just be the collecting agent of the private companies and give what it collected to the Department of Social Welfare and Development,” Senator Sherwin Gatchalian told local news. “It will be easier to regulate because the government will now concentrate on supervision, monitoring and regulation.”

Gambling has become the most recent target for Duterte’s crusades against crime and corruption, including extrajudicial killings of an estimated 27,000 drug users and dealers spurred by his rhetoric. In 2017 OCCRP declared the Filipino the ‘Man of the Year in organized crime and corruption’ for his radical and violent crackdown on drugs.