South African activists protested outside the German consulate in Cape Town on Thursday in an attempt to hold a German-based company accountable for incompatible locomotives acquired in a deal they claim was dubious and involved bribes. 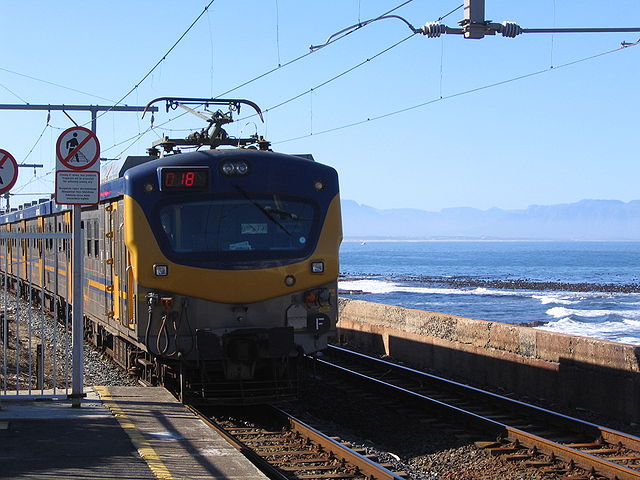 A South African train pulls out of a Cape Town station (CC BY SA 2.5)Vossloh, the German manufacturer, made a deal with the South African rail agency in 2012 to provide 70 modern trains for 3.5 billion rand (US$247 million). Seven years later, South Africa has paid 2.6 billion rand ($183 million) for just 13 trains, none of which can be used due to their incompatible height with the existing infrastructure.

The activists are part of the #UniteBehind organization, which focuses on social justice issues, particularly the effects of corruption on South Africa’s vulnerable populations.

“Billions of Rand has been stolen that could have been used to improve our rail system, yet the Hawks (SA Corruption agency) and the National Prosecution Authority have done nothing,” their online campaign reads.

“The United Nations Convention against Corruption specifically requires state parties to develop and maintain anti-corruption policies. If the corrupt actions of German organisations are allowed to continue at the expense of the South African economy, then Germany has failed in this commitment,” a petition handed to the consulate read.

“We know that there is corruption at PRASA (the rail agency); that it was captured by local looters and big foreign capital,” it continues. “There are corrupt tenders currently being challenged in our courts including one for trains that didn’t fit our infrastructure.”

An investigation by News 24 claims that Vassloh paid Makhensa Mabunda, a friend of the rail agency’s CEO, in order to facilitate the tender.

A 2018 ruling invalidated the tender between the rail agency and the South African middleman, Swifambo, created by former official Auswell Mashaba just months before the deal was announced.

While Swifambo’s tender was invalidated, there is still several hundred rand unaccounted for between the German train manufacturers and the rail agency, which #UniteBehind claims Mashaba pocketed for himself.