The Council of Europe gave Malta a “poor overall rating” for its compliance with international anti-money laundering standards, according to anonymous sources who leaked the results to the Times of Malta on Monday. 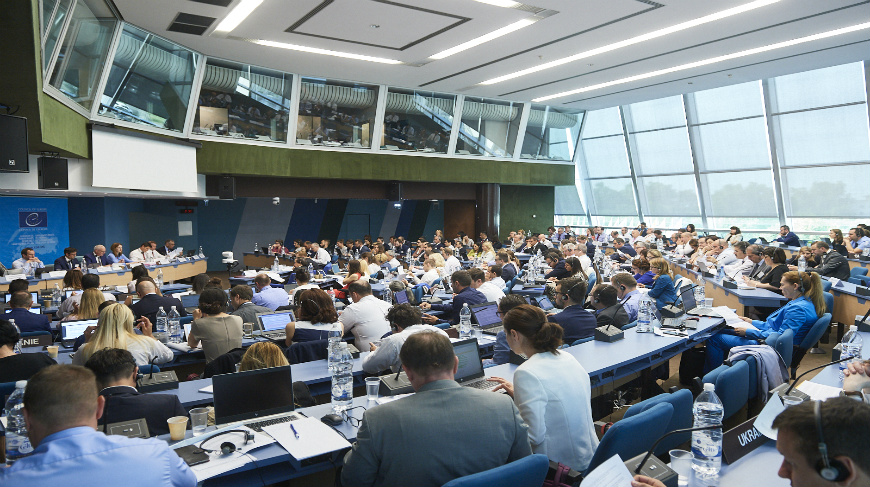 Moneyval met on Friday to complete its country assessments of Moldova and Malta (Council of Europe) The outcome of Moneyval’s final evaluation, which was passed in a closed session at its 58th plenary meeting in Strasbourg last week, reflects the country’s failure to successfully respond to the draft report it received in March, which also gave the country a low score.

Moneyval is a permanent monitoring body of the Council of Europe that assesses and scores the anti-money laundering capabilities of 28 member states.

It analyzes countries’ compliancy in 11 different categories and gives them a grade of “high”, “substantial”, “moderate”, or “low.” In order to pass the evaluation, countries must receive a score of at least “substantial” in three of the categories.

“Countries do often fail in the draft report and then manage to turn it around for the final document, so I wouldn’t be surprised if the country’s final score is better than this,” one source told the Times of Malta in March.

However, according to the Times of Malta’s sources, the final report is virtually identical to the March draft report, with the country only securing a score of “substantial” in two categories.

It received “moderate” or “low” scores for its risk management processes, ability to prevent financial crime, and its money laundering investigation and prosecution capability, among other categories.

In its press release, the Maltese Finance Ministry appeared to be more dissatisfied with the leak than the results.

“It is … very disappointing that this 5th round mutual evaluation exercise has been undermined by the irresponsible leaking and publication of highly confidential information,” it said in a statement.

It also stated that the report would be made public in September, and that the government is committed to implementing Moneyval’s recommendations.

Malta’s failing score means it will be referred to the Financial Action Task Force as a country to be “monitored.” It has one year to respond to the recommendations, and could otherwise face being blacklisted as a “high risk jurisdiction,” which would harm its booming financial services industry.