Authorities in Singapore seized on Tuesday nearly 8.8 tons of elephant ivory and 11.9 tons of pangolin scales that were transported from Congo to Vietnam disguised as crates of timber, according to the National Parks Board. 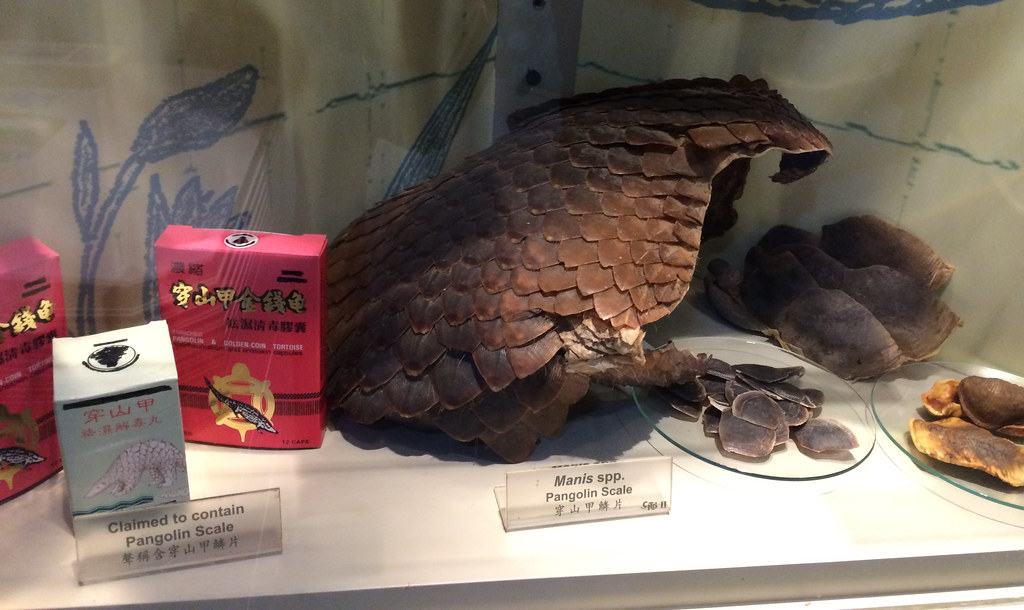 The pangolin scale coat (Source: U.S. Government Accountability Office)Nearly 300 African Elephants and 2,000 Giant Pangolins, also known as the scaly anteater, had to be killed for this amount of ivory and scales to be trafficked.

The ivory cache is the largest ever seized in Singapore. Officials from the joint-operation between the Parks Board and the Singapore Customs and the Immigration & Checkpoints Authority estimate the total worth of the goods is US$48.6 million.

The animals are protected from illegal trading under the Convention on International Trade in Endangered Species of Flora and Fauna (CITES). Singapore is one out of 183 signatories.

Authorities were tipped off by Chinese customs officials as part of the cooperation between international agencies to stop illicit animal product trading.

The maximum punishment for illegally importing and exporting animals is up to two years in prison and a fine of US$500,000.

The scales and ivory will be destroyed so as not to enter the black market, the National Parks Board said.

Pangolins are the most trafficked mammal in the world, according to National Geographic. Their scales have popular uses in Chinese medicine and according to a 1938 study, have been used to calm hysterical children and cure women possessed by devils and ogres.

This is the third seizure of pangolin scales in Singapore this year. Nearly 37.5 tonnes of scales and 177 kilograms of ivory have been seized since April.

In 2018, more African Elephants were killed by poachers than were born, according to World Elephant Day.