Lithuanian authorities said on Friday that Roman Ruzhechko, who is suspected of causing billions in losses for contaminating one of the largest Russian oil pipelines earlier this year, has been detained in Vilnius and has asked for political asylum, Reuters reported. 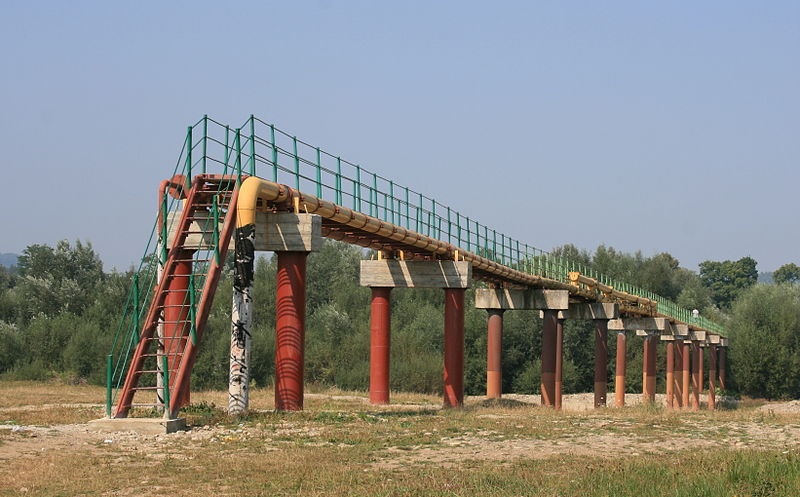 A segment of the Druzhba oil pipeline (Photo: Vodnik (CC BY-SA 2.0))Russian prosecutors, as Deutsche Welle reported, believe the 40-year-old oil executive was “one of the masterminds of a conspiracy which disrupted oil deliveries from Russia to the West, including Poland and Germany.”

According to Lithuanian law, a foreign country such as Russia has 40 days to request a suspect’s extradition after he or she sought asylum in Lithuania.

Lithuania acted on an Interpol warrant and a district court in Vilnius, according to reports, ordered a three-month detention at the request of Lithuanian prosecutors.

The suspect’s lawyer, however, said Russia can’t prove its claim.

Following the scandal, Russia has pledged to pay compensation to its Western clients, which could amount to billions of US dollars.

It will reportedly take months for Druzhba, which can ship up to one million barrels per day, to restore the pipeline, which goes from Russia and Belarus and splits into the southern leg that goes to Ukraine, Slovakia, Hungary and the Czech Republic and the northern spur routed to Poland and Germany.

Russian President Vladimir Putin, according to the Moscow Times, said at the time that the oil “contamination was a serious blow to Russia's image as a reliable energy supplier.”

While Ruzhechko is trying to evade Russian justice, Russian prosecutors have detained two executives of his company and two other suspects and issued arrest warrants against Ruzhechko and the former company’s owner Roman Trushev, both suspected of “directing the conspiracy.”