The Council of Europe’s anti-corruption body, GRECO, said on Wednesday that Austria should show more ambition in implementing its recommendations on measures to prevent corruption in the parliament and the judiciary. 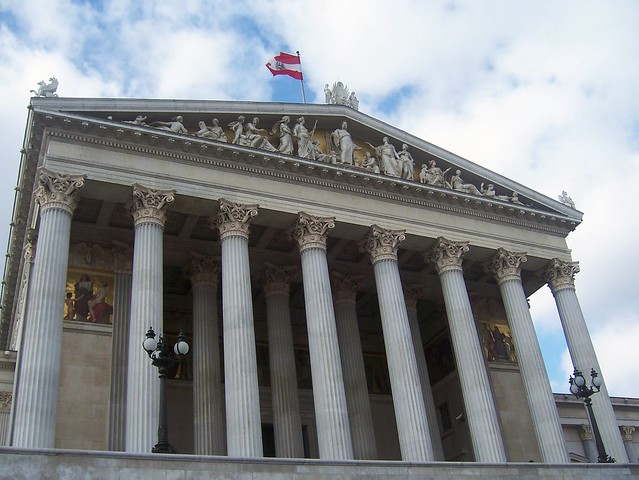 GRECO believes Austria should do more to prevent the MP's possible corruption (Photo: Carole Raddato (CC BY-SA 2.0))The country, according to GRECO’s statement, has fully complied with only one out of 19 recommendations set in 2016, including five recommendations partly implemented and 13 not yet touched.

Austrian authorities, as the country’s media reported, should focus primarily on appointments of judicial personnel, as they are most exposed to possible political influences.

GRECO noted a case in which the requirements for a position of an administrative court chief were completely changed to fit the qualifications of the chief of the office of a local government's head.

Following “massive public criticism,” the cabinet chief reportedly did not get the judicial post, but became, instead, head of a local assembly.

GRECO, however, said it welcomes a number of planned reforms that will address its main recommendations, “for example, the work programme of the current government for 2017-2022 aims at strengthening transparency and objectivity in the selection of judges.”

It also welcomes Austria’s plans to improve the appraisal system of judges and prosecutors as well as rules on incompatible functions in the executive and legislative branches of power.

On the other hand, the European Council’s anti-graft body expressed regret over “the low level of compliance with its recommendations in respect of MP’s, although it acknowledges that the parliamentary early election in 2017 has delayed the implementation of a significant number of them concerning rules of conduct, declarations of interests and assets, lobbying and supervisory mechanisms.”

As Austria did not show expected speed in implementing GRECO’s recommendations, with the level of compliance deemed “globally unsatisfactory,” the country will remain subject to GRECO’s non-compliance procedure.

The Austrian authorities are therefore expected to file a new progress report by the end of this year.