For 50p (0.62 cents) an hour, Polish nationals were forced to work on farms, recycling centers and turkey factories in what British authorities are calling the country’s largest modern-day slavery enterprise. 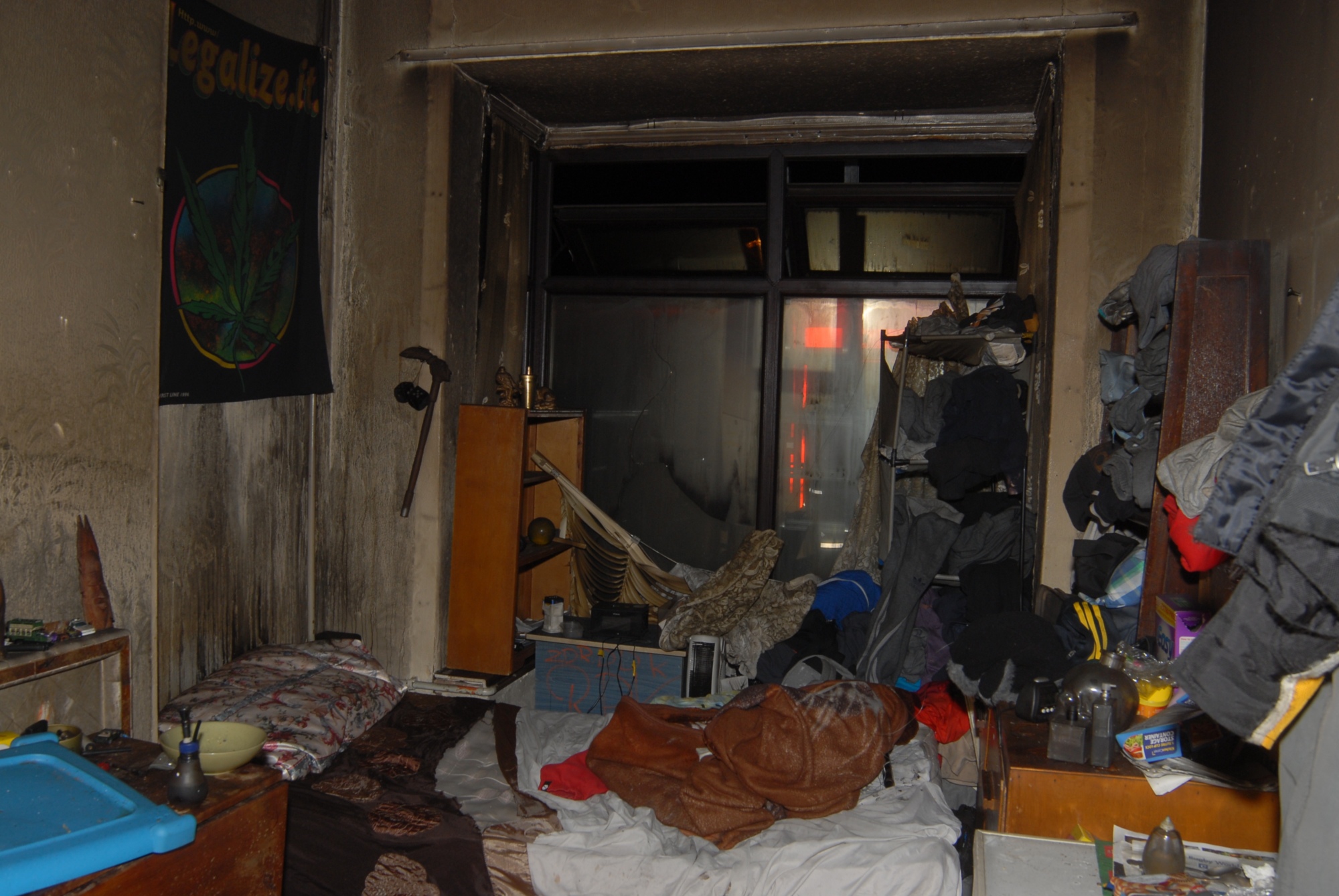 One of the rooms victims lived in (Source: West Midlands Police)On Friday, eight individuals of the Polish gang who masterminded the operation were sent to prison for a combined sentence of 55 years, according to West Midlands Police. Five men and three women would lure vulnerable people from Poland to the West Midlands with the promise of employment and a second chance at life.

“In Poland, when I was in prison, it was better than when I was in this house,” said Miroslav Lehmann, one of the 92 victims identified by police.

Most of the victims included former inmates, the homeless and alcoholics, police said. They estimate 400 people between the ages of 17 and 60 were trafficked.

“What they did was abhorrent: they subjected victims to a demi-life of misery and poverty,” Nick Dale, Senior Investigating Officer, said. “They forced them into work and, if they objected, they were beaten or threatened with violence and told family members back home would be attacked.”

An investigation into the slavery ring was launched in 2015 when two victims escaped their captors and told Hope for Justice, a slavery charity, about the conspiracy.

Marek Chowaniec, 30, was the mastermind of the plot. Ignacy Brzezinski, 52, also played a prominent role in the group’s hierarchy.

Before leaving Poland, victims would meet with Marek Brzezinski, 50, who would tell them about the opportunities they would have by coming with him. Brzezinski made frequent trips to northeastern Poland and had victims work on his English house.

Victims arriving in England would be met by Wojciech Nowakowski, 41, and Jan Sadowski, 26. The duo would help victims set up bank accounts, register with employment agencies and claim benefits. Nowakowski had a reputation for beating any dissenters.

They would then be transferred to the house of Justyna Parczewska, 48, where she played the role of a caring motherly figure. She would provide tea and food before victims were taken to their living arrangements.

Victims were housed in squalid conditions, four to a room with vermin running around their living arrangements, according to police. They ate expired food, had no access to toilets, hot water or heating and sometimes had to bathe in the canal. If victims were injured at work, they would be denied treatment.

“Some were told they would be taken to the woods to dig their own graves,” Dale said.

A trafficked man died in the custody of Parczewska at her Birmingham residence. She insisted his ID and personal belongings be removed before paramedics arrived so as not to expose the enterprise.

Julianna Chodakowicz, 24, was an insider within the Worcester employment agency who secured jobs for the victims and told them how to act in order to not be suspected of being subjects of human trafficking. She frequently teased them about their appearance and smell.

Victims were escorted to the employment office by Natalia Zmuda, 29. She would take them to work and manage their bank accounts, often stealing their wages.

Most of the gang members profited from their operation, police said. It’s estimated the slavers made nearly £2 million (US$2.4 million) between June 2012 and October 2017, displaying their riches by driving Bentleys and wearing designer clothes.

Prison sentences ranged from 3 to 11 years for the eight gang members. During the investigation, police placed Slavery and Trafficking Risk Orders on the gang. Nowakowski and Ignacy Brzezinski violated the order and became the first to be imprisoned under the legislation.

“This has been a landmark investigation in UK policing and one that’s led to a callous group of traffickers being put behind bars for many years, freed victims from a life of misery and undoubtedly prevented other people from facing the same fate,” Dale said.

The Global Slavery Index estimates 40.3 million people in 2016 were in modern slavery.