Men in China and Pakistan are trafficking women intended to become brides in a vicious circle of exploitation, a report from the European Foundation for South Asain Studies published on Friday explained. 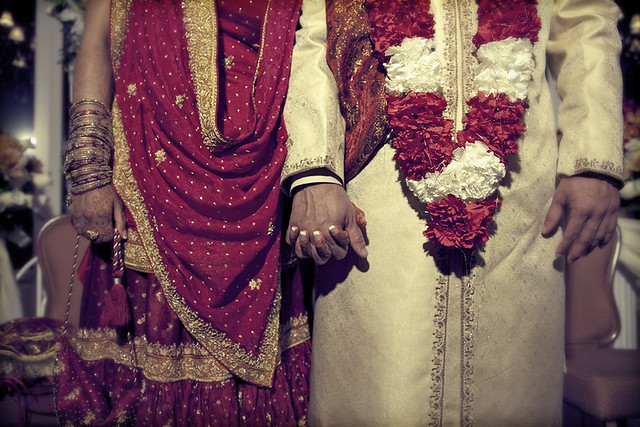 Marriage Ceremony: Tela Chhe (CC BY 2.0)As a result of China’s 34-year One-Child policy, men from poor rural parts of the country are struggling to find a bride because of the low female population and a high bride price. Organized crime rings are taking advantage of the problem by having the men “import” brides from Pakistan, promising the women a better life in China.

The women, according to the report, instead find themselves forced to marry a man who hides them away from society and subjects them to sexual abuse and forced prostitution.

The crime rings are using the good relations between China and Pakistan as a way to set up illegal matchmaking services, attracting Pakistani Christian families with the promise their daughter will be married to a wealthy Chinese Christian man, according to the report. The families receive a US$2,800 bride price plus a $200 monthly compensation for their daughter’s marriage.

Since October 2018, 700 Christian and 300 Muslim Pakistani women have been married to Chinese men.

China began the One-Child policy in 1989 in order to curb the growing birth rate. Experts estimate that there are nearly 33 million more men than women because of the preference to have a son during the time the policy was enforced. Because of the policy, 40 to 50 million women are not alive today. The masculine society encouraged abortions of female fetuses, infanticide - the killing of babies - and abandonment of female babies.

Bride trafficking isn’t a new phenomenon in South Asia. Women from Myanmar and Vietnam have also been sold to Chinese men for a number of years.

Human Rights Watch reported in April that the Pakistani government must stop the bride trafficking. They said a Pakistani television station was allowed into one of the illegal bridal centers in Lahore where six women were waiting to be moved to China for their weddings. Two of the women were 13-years-old.

“It reported that the families of these women and girls received payments of 400,000 Pakistani rupees (US$2,800) and were promised 40,000 rupees a month ($280) in future payments, plus a Chinese visa for a male family member,” HRW wrote.

The Chinese Embassy in Pakistan responded to the HRW report saying the matchmaking centers were illegal under Chinese law and the government and law enforcement are working with Pakistan to curb the illegal bride trafficking.

Pakistan’s Federal Investigative Agency raided the Lahore matchmaking center on Thursday, according to DW. Two Pakistanis and eight Chinese men were arrested at the center and six Chinese passports were collected.