Police searched Paris-based Renault’s headquarters on Wednesday as part of an investigation that links the carmaker’s former chairman and a luxurious Marie Antoinette-themed wedding at Versailles Palace. 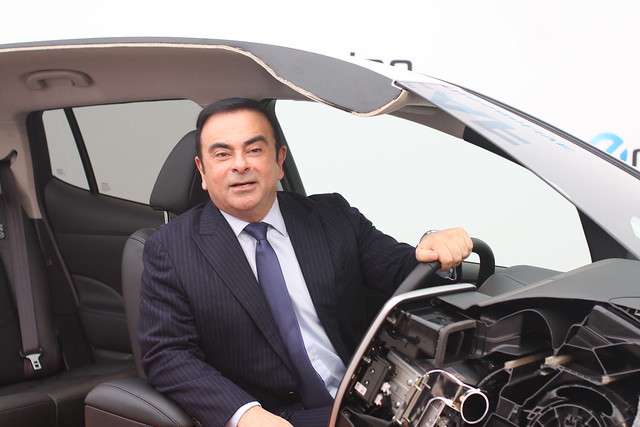 Meals and wines were served in antique dishes while an orchestra was playing minuet.

The cost of the party was over US$56.000, though Ghosn did not actually pay, but covered the costs with a sponsorship deal between the state-owned palace and Renault.

More than 20 officers conducted the search at the auto maker’s headquarters in Boulogne-Billancourt, less than a month after Ghosn’s house near Paris was also searched.

The latest raid was directly linked to the marriage reception, as The New York Times reported quoting Emmanuelle Lepissier, the chief administrative officer of the public prosecutor's department in Nanterre, which is overseeing the investigation.

Renault’s officials did not comment on the police operation, but confirmed the search, stressing that the company “is fully cooperating with the authorities.”

The Versailles wedding was not the only expensive and eccentric move of the French businessman. Together with his wife Carole, according to AFP, last year he invited friends, eight couples, to a $260,000 Carnival party in Brazil, then charged it to his employers - Nissan and Renault.

Ghosn was arrested in Japan upon his arrival in Tokyo in November 2018, on allegations of under-reporting his earnings and misusing Nissan’s assets. He was immediately dismissed as the company’s CEO, and a few days later he was also dismissed from the Mitsubishi board, while he personally resigned as Renault’s CEO in January this year.

Ghosn was released after spending some 100 days in jail, but then arrested again in April this year under charges of financial misconduct ranging from concealing part of his salary from shareholders to syphoning off some $5 million from Nissan for his personal use, as AFP reported earlier this year.

After keeping him for 21 days in detention, Japanese authorities, however, decided to release him on $4.5 million bail and under strict restrictions, including a so-called “approval system” to see his wife Carole whom he married at Versailles and partied with in Brazil.

Under the bail, Ghosn must not leave Japan and must live in a residence appointed by the court, under video surveillance to prevent him from destroying evidence.

Ghosn’s criminal deeds, according to the media, shocked the business world, but also increased tensions between the alliance partners Renault, Nissan and Mitsubishi.