For El Salvadorian gangs, going to prison does not mean losing contact with criminal networks, as imprisoned gang members have learned to exploit hospital visits in order to continue directing the actions of their associates, local media reported Thursday. 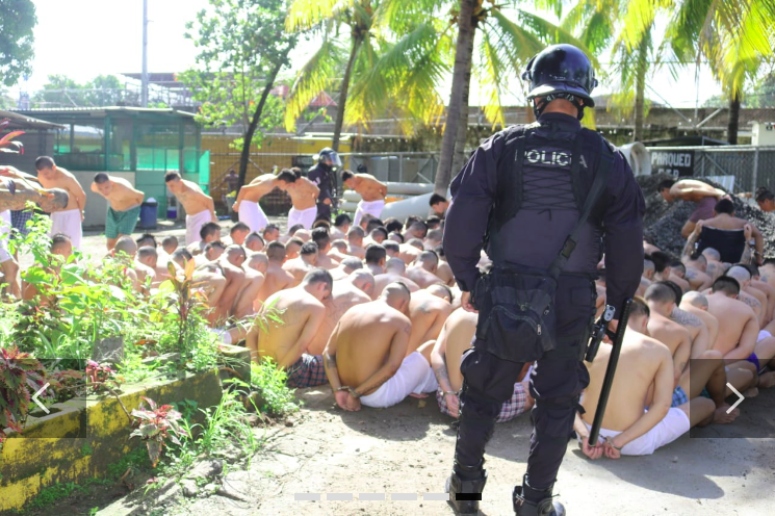 Police Watch Over Inmates (source: Government of El Salvador website)Per El Salvador law, inmates experiencing health problems are permitted to go to public hospitals for treatment. Once there, they made use of a corrupt network of hospital employees who received orders from the patients and then relayed them to members on the outside.

“We have intelligence reports in which (the gang members), when they go out to consult a hospital, occupy a network of corruption.” Osiris Luna Meza, General Director of Penal Centers, said in a television interview. “They themselves admit that they have bought certain people in some hospitals.”

Luna Meza also stated that he hopes to alter the law that allows prisoners to go to public hospitals for treatment. In its place, he believes that a viable solution would require establishing agreements with the Ministry of Health to create a system to deal with inmate ailments within the prison.

All of El Salvador’s penal centers are legally required to have medical clinics. However Luna Meza’s reforms would expand these in order to eliminate the need to seek outside help.

The latest report comes on the back of a renewed focus on the prison system in the country.

A week prior the government had declared a state of emergency in the country’s prisons due to fears of the orchestration of attacks against the population, according to a government press release.

The government also initiated the rotational transfers of 529 inmates to different penal centers.