Known for the banking secrecy that has given the country its reputation as a “dirty money hub,” Switzerland now plans to tighten its anti-money laundering regulations and bring them in line with international standards. 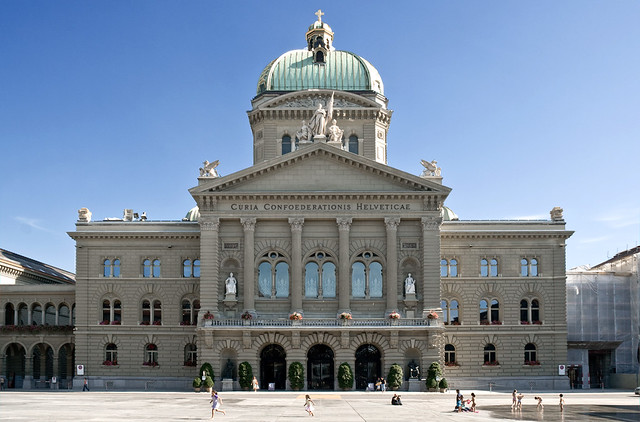 Swiss Federal Palace in Bern (Flooffy) The Swiss Federal Council, the country’s executive body, released the policy proposal on Wednesday. The focus of the update would be on lawyers, notaries and other consultants who have a role in managing companies and trusts.

Described by the Tax Justice Network as the “grandfather of the world’s tax havens,” Switzerland is a known haunt for many of the world’s wealthiest citizens and corrupt and despotic leaders.

Its banks have been used by Adolf Hitler, Muammar Gaddafi, and Hosni Mubarak.

Nearly 50% of the CHF 6.65 trillion (US$6.5 trillion) held in Swiss banks “originates” from abroad, making Switzerland the world leader in foreign asset management.

The 2016 Panama Paper leak, moreover, revealed that Swiss intermediaries--such as lawyers and financial advisors--had aided in setting up more than 38,000 offshore accounts on behalf of clients over the course of four decades.

The proposed policy update follows the recommendations of the Financial Action Task Force, a global anti-money laundering watchdog. It would beholden lawyers and other “advisors” who have a role in some part of the management of companies and trusts to the same due diligence and reporting requirements as bankers.

The update also outlines a plan to lower the monetary threshold for which precious metal and stone cash-transactions must legally go through set due diligence requirements.

Aligning Switzerland’s policies with international anti-money laundering standards has been a key priority, said a statement from the Federal Council. The new policies “will renew Switzerland's defence mechanism for money laundering and terrorist financing by taking account of the latest risk assessments,” it explained.

The Parliament will review the proposals later this year, and if passed they will come into effect in 2021.