An organization promoting democracy and free markets in the Americas published a brand new index on Monday calculating the ability for Latin American countries to combat corruption, differentiating itself from other indexes that calculate “levels” of corruption around the world. 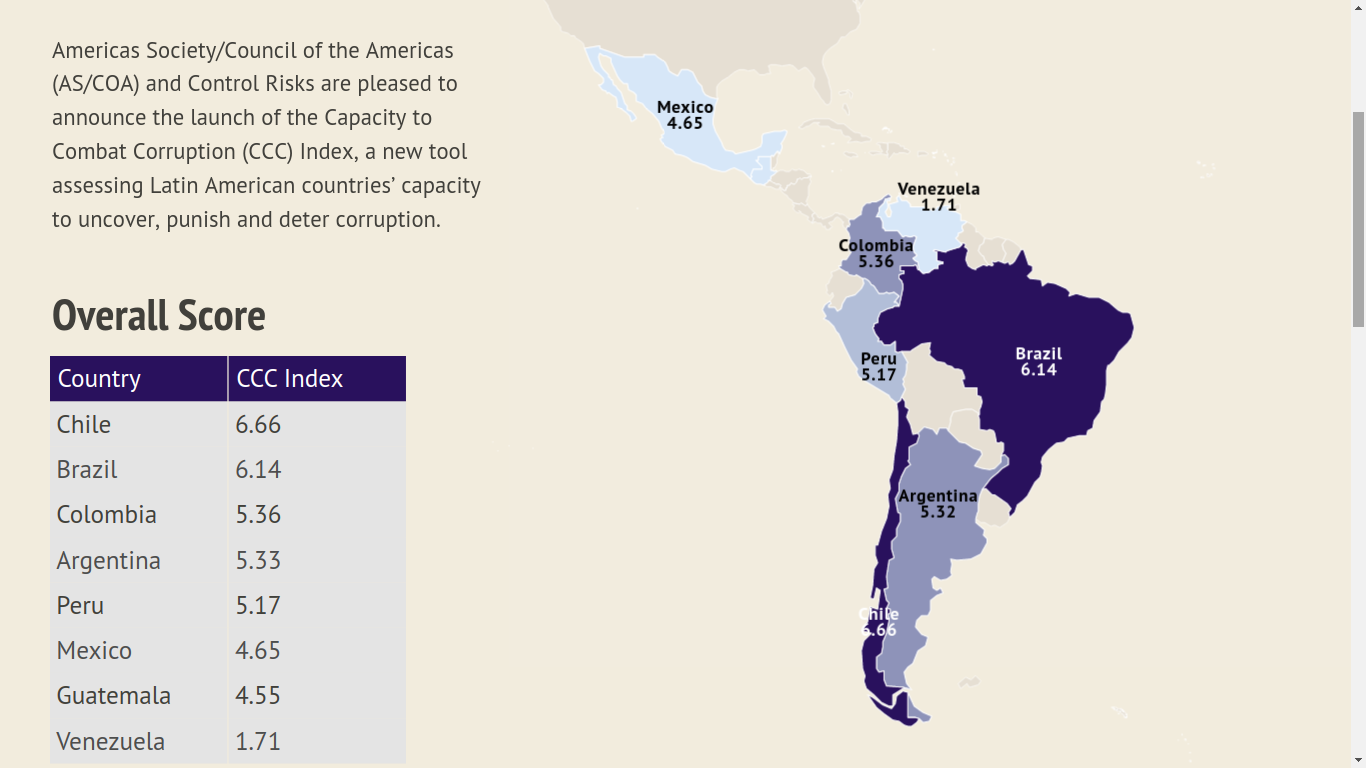 While the first index only covered eight countries (that make up almost 90% of Latin America’s GDP), the organization plans on publishing the report annually with the potential to expand it beyond the original eight countries.

The report accompanying the index said that Latin America has been deeply transformed by the anti-corruption push that started five years ago. Corruption has been a major issue that shaped elections in Brazil and Mexico. The new movement has seen the launching of major investigations like Lava Jato and charges or convictions of ten former presidents.

The methodology included an accumulation of public indexes of data from ten different organizations and watchdogs. To balance these sets of overlapping data, the index also relied on extensive surveys of 14 experts on the region.

Like most indexes, there are caveats and concerns about the use and objectivity of the study, which AS/COA tried to combat with disclaimers about the low scoring countries.

“We seek not to shame countries that are at or near the bottom of the rankings, but to drive a debate around the policies and factors that help countries structurally address the issue of endemic corruption,” the report reads.

The organization and its supporters have drawn criticism from Latin American outlets, even ones located in high scoring countries, for their connections to the US government and financial institutions as well as its right-center bias.