Traditionally without explaining why, Azerbaijani President Ilham Aliyev reshuffled the country’s cabinet on Thursday, rotating various ministers and their deputies and even appointing one as minister of a ministry he dissolved in January. 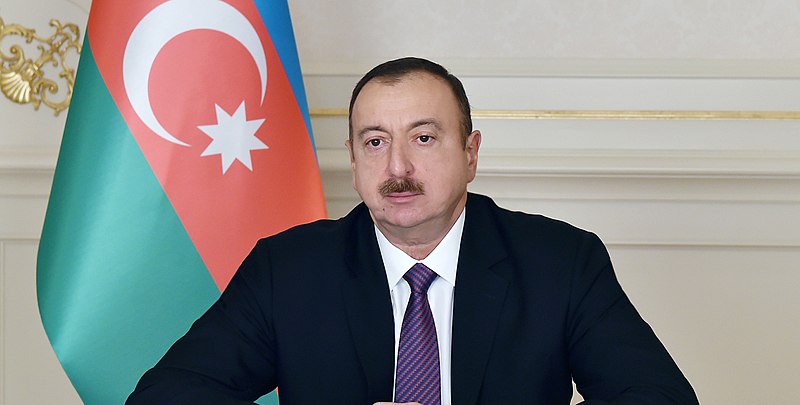 Ilham Aliyev (Presidential Press and Information Office's of Azerbaijan)After he transformed the Ministry of Defense Industry into a state-owned company, Aliyev reversed his January decision on Thursday and recreated the ministry again, installing Madat Guliyev, the former head of State Security as minister.

Guliyev’s position he gave to Ali Nagiyev, the former Deputy Chief of Anti-Corruption under the State Prosecutor.

An OCCRP investigation revealed in 2017 that Nagiyev and his sons laundered US$350,000 through a mechanism called the Azerbajijani Laundromat, a complex money-laundering operation and slush fund that handled $2.9 billion through shell companies registered in the UK.

Nagiyev has never been formally investigated about his involvement in the scandal. Being the man in charge of investigating accused state officials of corruption and conflict of interest, he would have had to probe himself and his family.

Consequently, the Nagiyevs made their fortune selling properties in the Czech Republic, a popular vacation spot for the ruling elite of Azerbaijan.

For Nagiyev, the new position is not unknown territory. He was the Deputy Chief of Security Service from 2006-2011 before his Deputy Chief of Anti-Corruption appointment.

Further rotations include the appointed of former Interior Minister Ramil Usubov as the nation’s Secretary of the Security Council. His deputy was promoted to interior minister.