Moldova’s new Prime Minister asked on Friday for the resignation of the General Prosecutor, after journalists from RISE Moldova revealed that one of his prosecutors had authorized the wiretapping of 52 activists and opposition leaders. 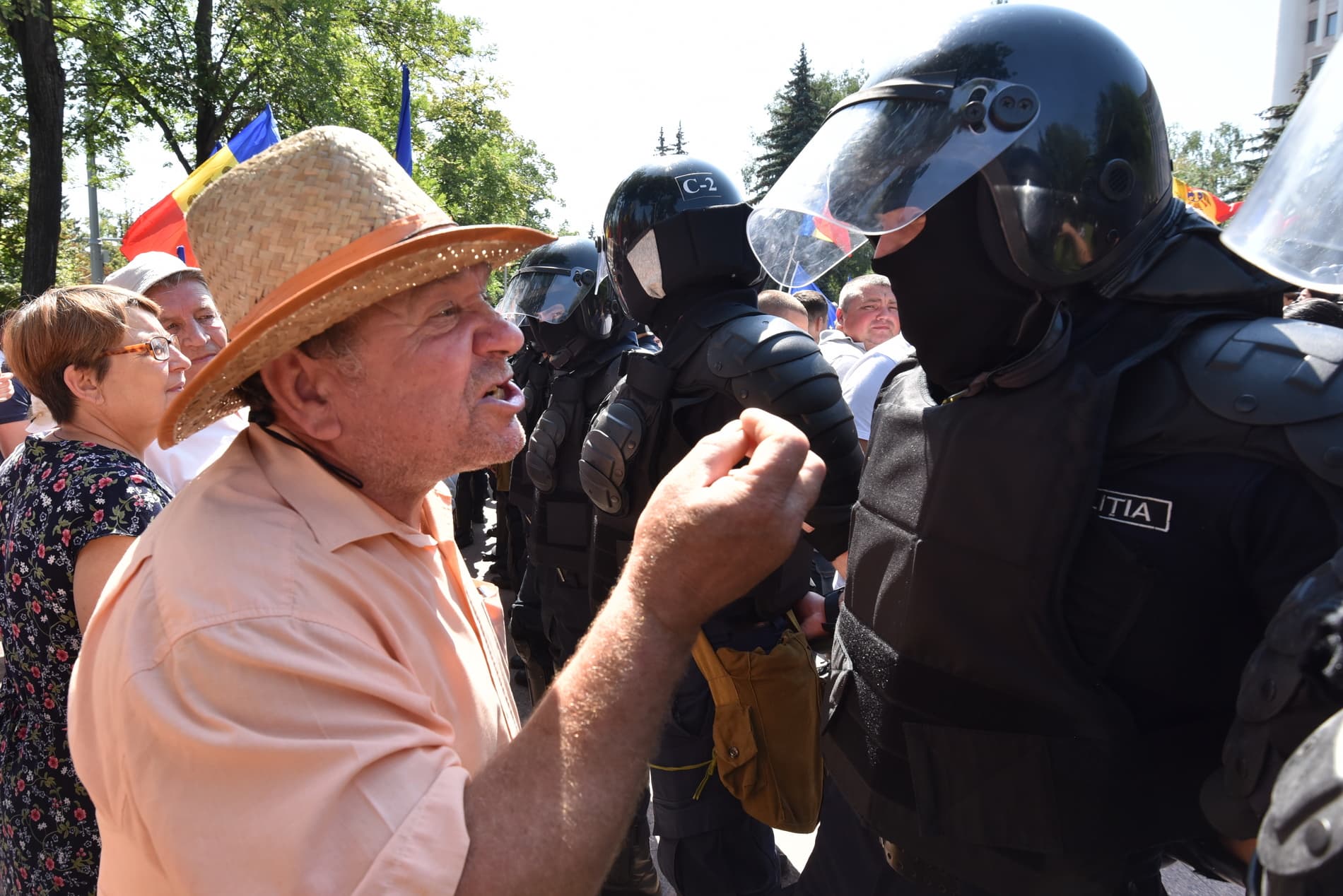 Protestors Confront Police (source: RISE Moldova)After analyzing nearly 600 documents and about 200 DVDs obtained by RISE Moldova, journalists concluded that the targeted individuals not only were wiretapped but were also filmed and recorded in their homes.

RISE Moldova revealed that the spying began after several leaders of the civic movement Platforma DA (Dignity and Truth) urged at a press conference on March 31, 2016  that “all good people to show up” for anti-government and anti-corruption protests in the Great National Assembly Square in Chișinău scheduled for April 24.

The General Police inspectorate of the Interior Ministry initiated a criminal case against the group for invoking “mass disorder.” On April 7 the prosecutor in the Criminal Investigation Section for Organized and Extreme Crime of the General Prosecutor's Office, Sergiu Roşu, asked judge Dorin Munteanu to authorize interceptions of telephone conversations related to the case for a period of 30 days.

After the late April protest in the Great National Assembly Square transformed into a march through the city that culminated in altercations with policemen, on May 5, 2016 Roşu requested a one month extension to continue intercepting and recording the activists’ phone calls.

Similar wiretapping were orders were issued on January 11 and June 11, 2017.

The targets included politicians, civil society representatives, and journalists. Some claim that the wiretappings were used by the ruling party to denigrate their political opponents or to open criminal files against them.

According to Vladislav Gribincea, president of the Moldovan Legal Resources Center, the scandal illustrates the Moldovan government’s lack of respect for private life and human rights.

“This means that interception of telephone calls in Moldova is excessive,” Gribincea said.