The Russian government removed the names of all Crimean business owners from the public registry on Tuesday in a move that scorned anti-corruption and organized crime advocates throughout the region. 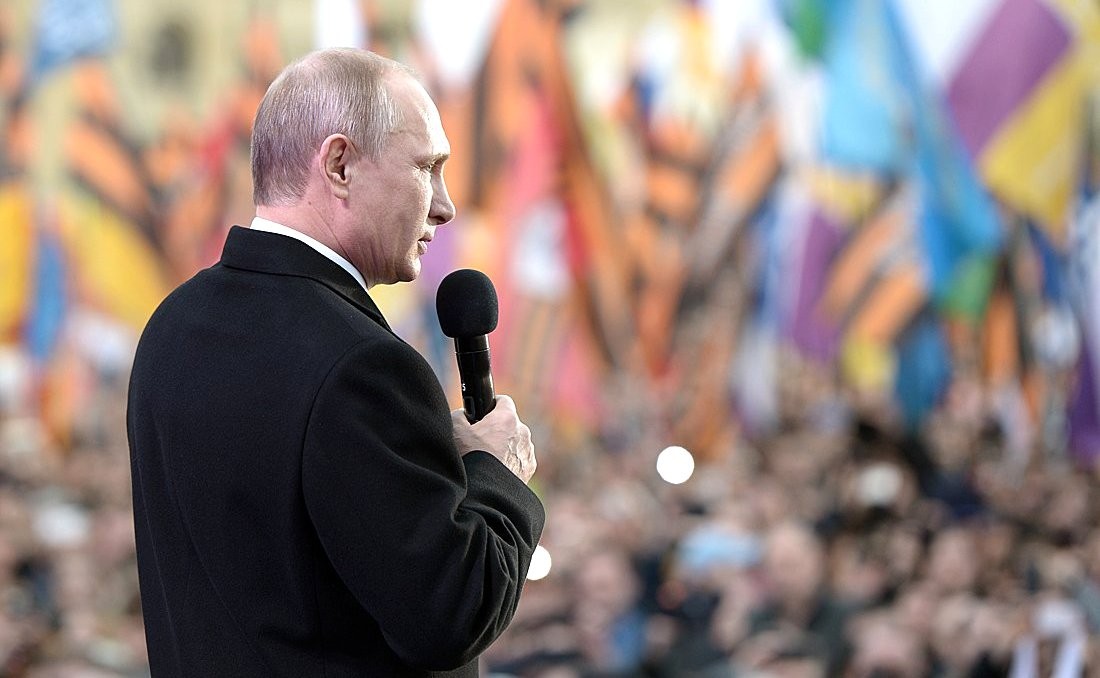 Russian President Putin speaking to a crowd in Crimea in 2015 (Kremlin.ru)“The first and main reason for such a decision is the desire to protect companies that work in Crimea and trade with Russia from falling under Western sanctions,” Valentina Samar, Chief Editor of Crimea’s Center for Investigative Journalism told OCCRP. Her own organization was forced to relocate to Kyiv after Russia annexed the state.

“Through this decision, the Russian government legitimized the existing practice of restricting public information about companies working in Crimea,” Samar said.

Since 2015, Crimea has been a preferential economic zone with various incentives for businesses, an attempt to jumpstart investments and business in the annexed state.

“Not only foreign, but also Russian companies, banks and insurance companies do not want to go to Crimea because of its toxicity,” Samar said. “Securing the data of companies that are attracted to investing and working in Crimea can be considered another advantage for business.”

“It is known that the most ‘delicious’ contracts - the construction of the Kerch bridge, the Taurida highway - were given to people close to President Putin,” Samar said. “But there are smaller contracts and facilities, from which thousands of Russian officials are ‘fed.’ In recent years, Crimea has become a kind of ‘gray zone’ where, among other things, dirty money of Russian corrupt officials is laundered, toxic banking and insurance institutions work.”

Some of the biggest concerns in this move come from investigative journalists, who often relied on Russia’s relatively transparent publicly available documents to track dirty money and violations of sanctions.

Georgiy Alburov, an investigator for the Russia-based Anti-Corruption Foundation, took to Twitter to explain his frustration with the government’s decision.

“Soon, ‘Crimean’ companies will begin to win all government contracts, about which nothing will be known (and it will be impossible to know) - all the most corrupt schemes will pass through Crimea,” Alburov said.

Samar pushed the necessity for international observers to monitor the financial transactions of Crimea through other available methods - primarily tracking shipments that enter and exit the annexed state.