US: 16.5 Tons of Cocaine Seized in Historic Bust

Authorities in Philadelphia snatched over a $1 billion worth of cocaine on Tuesday in what officials describe as one of the largest drug busts in US history. 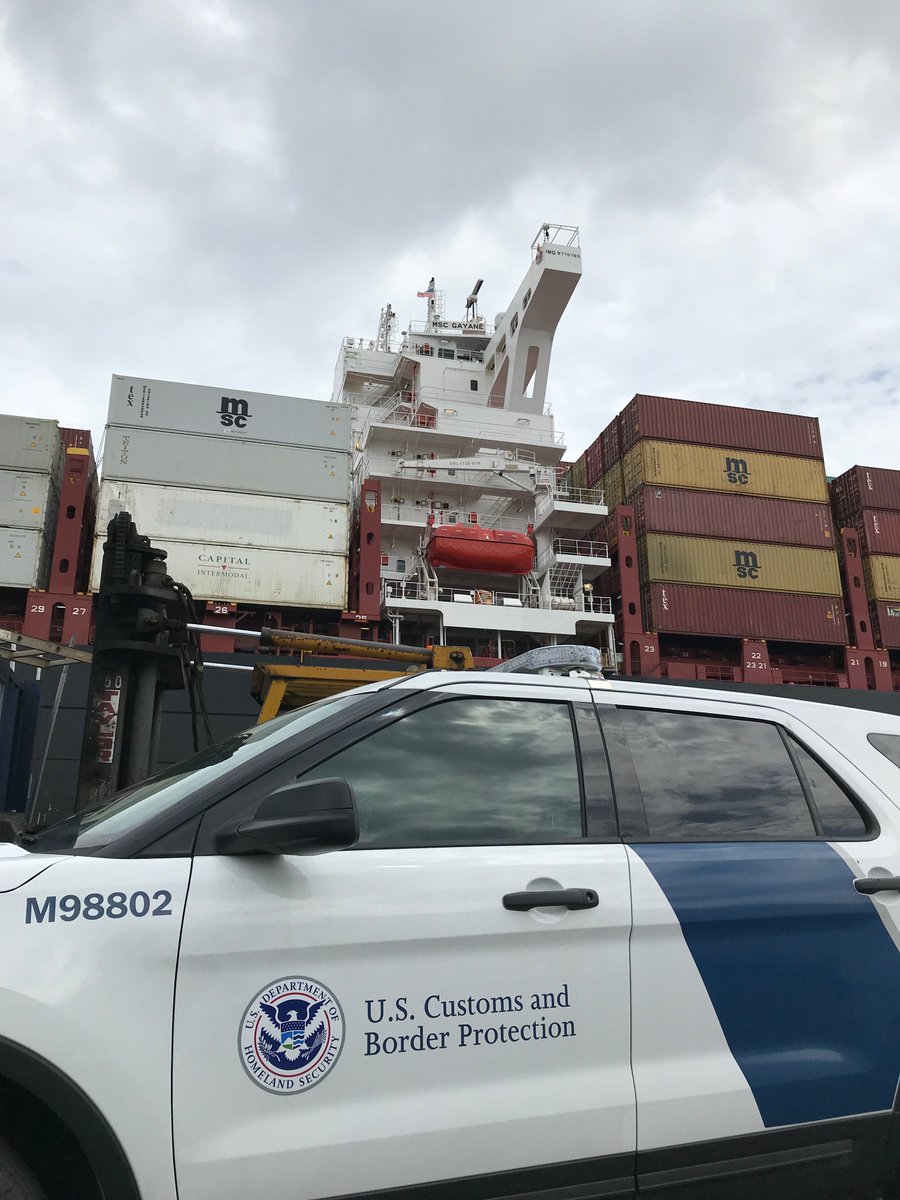 (Customs agents in front of the MSC Gayane: William McSwain)MSC Gayane docked early Monday morning in the Packer Marine Terminal after a month-long voyage from Buenaventura, Colombia. A routine customs check on Tuesday found traces of cocaine on the second mate’s arms, leading to the bust of 16.5 tons of the drug, according to the US Attorney’s Eastern District Pennsylvanian office.

Photos and videos taken by the Associated Press show officers boarding the MSC Gayane with dogs and searching a red shipment container.

According to the agency, crew members helped load the cocaine from 14 boats into seven containers on two separate trips. The ship made scheduled stops in Peru, Panama and the Bahamas.

A local Philadelphia news station said the cocaine was meant for France and The Netherlands.

Two crew members, Ivan Durasevic and Fonofaavae Tiasage, were charged with conspiracy to possess cocaine, the AP reported. It’s unknown when the two will appear in federal court and if other crew members who assisted in the loading of the shipment will be charged.

Durasevic is a Montenegrin and the ship’s second mate. Durasevic was to be paid $50,000 in cryptocurrency to load nets filled with cocaine off the coast of Peru, according to the criminal complaint.

Tiasage had loaded cocaine on a previous voyage and was approached by the ship’s Chief Mate and electrician to do the job again, the complaint said.

“This amount of cocaine could kill millions – MILLIONS – of people,” William McSwain, the US District Attorney for the area, tweeted on Tuesday afternoon.

MSC Mediterranian Shipping, the company that owns the ship, said in a statement that it will fully cooperate with US federal authorities and that it has a longstanding history of working with US Customs and Border Protection.

By Wednesday morning, officials had told CBS News that there may be 30 more tons of cocaine on board the ship. Officials expect to be finished searching the vessel by the end of the day and will have an update Thursday morning.