A defendant tried to make a quick exit from his Tuesday morning corruption trial in Moscow by declaring he did nothing wrong, pulling out a razor and cutting his wrist, The Moscow Times reported. 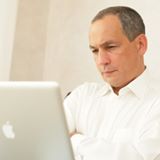 Alexander Shestun (source: Facebook)Alexander Shestun, the former head of Moscow’s Serpukhov district, was arrested in 2018 and charged with abuse-of-office. Between 2008 and 2014 he allegedly transferred four plots of public land to a private company, depriving his community of approximately US$965,000. He was also later charged with accepting a $146,000 bribe.

Attending the hearing via a video conference call from the detention center, Shestun declared that the proceedings against him were politically motivated and were a form of revenge by the head of Russia’s Federal Security Service’s credit and finance counterintelligence unit, Ivan Tkachev.

He claimed to have been tortured and beaten in the detention center and that the court had no proof of his wrongdoing.

He then pulled out a fragment of a disposable razor and cut his left wrist.

Shestun’s wife confirmed to local media that the trial was quickly terminated and that although her husband had received medical attention it is not yet clear what state he is in.

Shestun was on a hunger strike from February to May.  of this ye On Friday he resumed his hunger strike and demanded that the persecution against him and his family - who he said was being deprived of their livelihoods - end.