About the Khadija Project

Khadija Ismayilova hosted a popular program on Radio Free Europe/Radio Liberty’s Azerbaijani service and worked as a senior investigator with the Organized Crime and Corruption Reporting Project covering the corruption of Azerbaijan's ruling family before she was arrested on Dec. 5, 2014.

In September 2015, she was sentenced to 7.5 years in prison but through her relentless determination and vocal campaigns by her fellow journalists and human rights activists she was set free after a successful appeal to Azerbaijan's Supreme Court on May 25, 2016, two days before her 40th birthday. 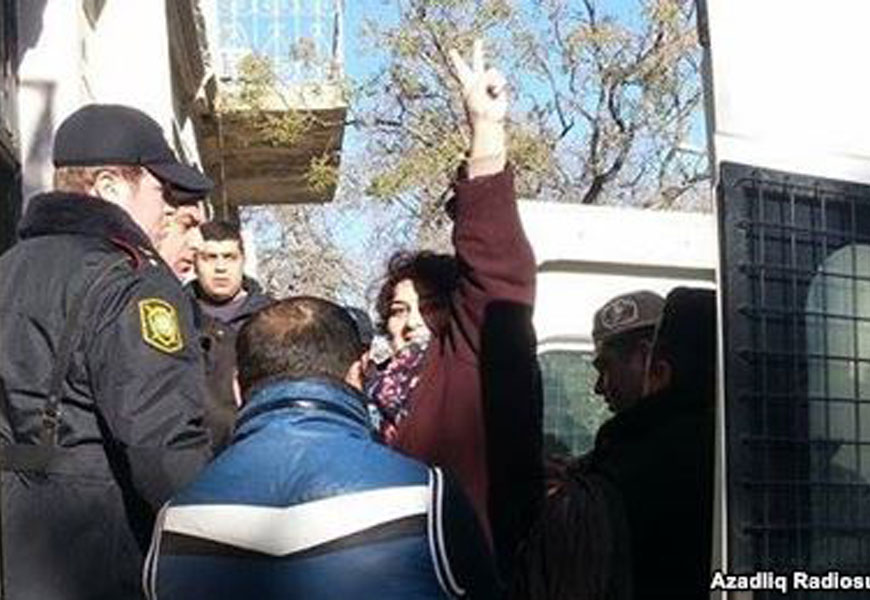 The Khadija Project was started by colleagues and friends of Khadija Ismayilova to finish the work she began before her imprisonment on Dec. 5, 2014. Khadija made this request of us and not only did we fulfil it as her friends, we felt a moral obligation to do so as journalists. Our campaign to continue her work, along with support for her freedom by human rights and press freedom organizations and her own relentless determination led to her release after an appeal hearing at Azerbaijan's Supreme Court on May 25, 2016.

Now, our work continues as other journalists remain behind bars in Azerbaijan. Khadija is free, but her peers are still imprisoned for criticizing, investigating and questioning the government of Azerbaijan.

While Khadija was in prison, dozens of reporters stepped up to take her place spotlighting the first family of Azerbaijan and their activities. We believe the Azerbaijani elite are responsible for the trumped-up charges against Khadija and for deliberately perverting justice in an attempt to silence her.

Azerbaijani officials have warned us we will get our due. We put them on notice that no matter where they go and however they try to hide, we will expose their corrupt deals. We call on hundreds of reporters worldwide to help in this effort.

The Khadija Project was started by the Organized Crime and Corruption Reporting project along with Radio Free Europe/TV Liberty, Meydan TV, Bellingcat, The International Consortium of Investigative Reporters and with the moral support of the Global Investigative Journalism Network.

More than 20 reporters have worked on the project to date and we expect dozens more.

We plan to continue for as many years as is necessary.

We gratefully acknowledge Investigative Reporters and Editors for their wonderful example of the Arizona Project.

Reporters working on the project include:

Editors and coordinators were Drew Sullivan and Jody McPhillips with additional help from Deb Nelson and Don Ray helped.

There were a half dozen other editors and reporters who were deeply involved require anonymity. They wrote under the name Khadija Ismayilova. Many dozens of reporters helped with information. We thank them all.