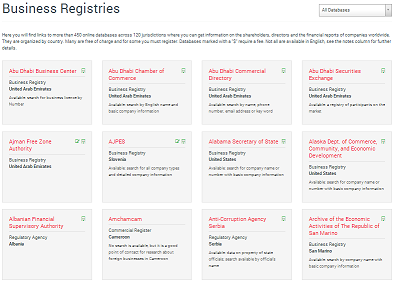 In July 2012, MANS (Network for Affirmation of  NGO Sector) asked for records from Montenegro’s business registry on behalf of the Organized Crime and Corruption Reporting Project (OCCRP).  It took more than one year to get a response, and when it came, it simply said that the files were no longer available in the registry. 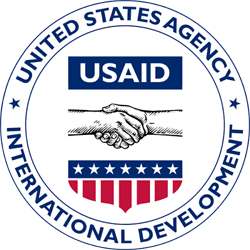 Bucharest/Sarajevo – The U.S. Agency for International Development (USAID) has extended a core grant that supports the Journalism Development Network, a leading innovator in journalism and journalism development in new democracies.  USAID’s three year extension provides support for a regional network of independent centers and promotes cross border investigative reporting.  The International Center for Journalism (ICFJ) and JDN are partners on the grant that supports the Organized Crime and Corruption Reporting Project (OCCRP), an award winning consortium of 18 investigative centers and news organizations.  OCCRP, working with its partner organizations publishes in-depth investigative stories on organized crime and corruption issues.  It has won numerous international awards for its work and this year is a finalist for the Daniel Pearl Award, a double finalist for the Global Shining Light award, and winners with the Center for Investigative Reporting (CIN) of the SEEMO investigative reporting award.

Studio Monitori and OCCRP partner Nanka Naskidashvili has been awarded the Josh Friedman Prize for the best investigative journalism story in the Republic of Georgia.

On Wednesday, the Organized Crime and Corruption Reporting Project (OCCRP) filed a motion to dismiss a lawsuit filed against it by Maxim Stepanov, a Russian national who is the owner of Midland Consult, a Cyprus based company registration firm that was mentioned in the Proxy Platform series.

OCCRP stands by its story and will aggressively defend itself in the litigation.

Based primarily on public records, OCCRP reported that Midland Consult registered a number of businesses that allegedly have since been used by organized crime, and that it, in some circumstances,   appointed proxy directors of those companies.  These companies allegedly have been used for criminal activities including hiding the proceeds of the Magnitsky tax scandal that led to the death of Russian lawyer Sergey Magnitsky.   Midland Consult, whose representative was quoted in OCCRP’s reports, argues that it is not responsible for the activities of the companies it registers.

OCCRP believes that there is absolutely no basis to this lawsuit and considers this harassment for having told an unpleasant truth. Knowingly or unknowingly, Midland Consult’s business activities helped alleged criminals hide their activities.   It is common business practice for a director of a company to take responsibility for the actions of their company. Why should that not apply to proxy directors?

Company registration agents, lawyers, bankers, hedge fund operators and other businesses have long been part of the criminal services industry, the “legitimate” businesses that have empowered organized crime by providing services that help them launder money, evade taxes and hide ownership in offshore companies.

OCCRP is asking important questions.  Banks now are required to know their customers to prevent money laundering.  Why shouldn’t registration agents?   Shouldn’t they know whether the companies they set up are being used to perpetrate massive fraud?  Shouldn’t they be required to identify the real owners if such fraud exists?

OCCRP would like to register its concern regarding a newspaper article that appeared this month on the website of a media organization called Novaya Pravda. This article purports to be about OCCRP Executive Director Paul Radu. However, the article is completely fabricated and bears no resemblance either to Radu or OCCRP.

The article makes a number of fanciful claims, including one that Radu hacked Iranian nuclear plants. The publication, which appears to be new, did not contact Radu, OCCRP or any of its numerous reporters, members or peer organizations for comment.  OCCRP concludes that it was planted by persons seeking harm to Radu and OCCRP.

“It is common for many publications to accept cash payments to run stories. It is also common for organized crime and corrupt political parties of their functionaries to start media publications.  This publication is clearly neither serious nor credible,” said Drew Sullivan, Editor of OCCRP.

OCCRP, which reports on organized crime and corruption, has in the past frequently undergone media attacks from unscrupulous publications.

OCCRP is an internationally recognized news organization that regularly works with the BBC, The Guardian, Time Magazine, Al Jazeera and dozens of other international media.  It has been recognized by its peers with numerous international prizes including the Daniel Pearl award and the Global Shining Light.  Paul Radu, in addition, is highly respected as a journalist and trainer, and has been awarded, among many prizes, the Knight International Award and the IRE award for investigative reporting.

“In the world we work in, populated with organized crime figures and malevolent autocracies, this is clearly designed to make Paul’s life more difficult and dangerous.  But most readers are smart and will stay away from deliberate misinformation and the bad publications that peddle it,” said Sullivan.

Pobjeda, a government-owned and controlled newspaper in Montenegro, published a series of stories in July 2012 regarding OCCRP and its editor Drew Sullivan.  These stories appeared in the days following publication of OCCRP’s project First Family, First Bank about the bank owned by Prime Minister Milo Djukanovic.

The Pobjeda stories are near complete fabrications and highly libelous.  The primary source for the stories was Senad Pecanin, formerly the owner and editor of Dani Magazine, who has a history of privately motivated attacks on Sullivan.  These stem from a time when Sullivan worked as a media development specialist and cut off funding for Pecanin’s publication. One of the stories published by Pobjeda was a reprint of a Dani article.

OCCRP understands that certain media and media owners in the region are prone to unethical behavior and poor professional standards. Publications are frequently subject to misuse by their owners for personal or political attacks.  Both the Pobjeda and Dani stories on OCCRP and its editor are examples of such misuse.

OCCRP is an internationally recognized, award winning organization that must meet the highest standards of quality and transparency demanded by international donors. OCCRP is very familiar with media in the region, its ties to political parties and organized crime, and expects such attacks. We will continue to meet and refute all unfair attacks against our credibility.

The Organized Crime and Corruption Reporting Project was selected as a finalist this month for the European Press Prize, an award created by representatives of seven European media foundations.

In a report this week for the Center for International Media Assistance, OCCRP Managing Editor Drew Sullivan outlined the challenges facing investigative journalists and media developers in developing democracies, from the highly specialized toolset required to conduct high-level investigative reports to the conflicting reporting cultures that exist pre- versus post-democracy.

The report, entitled “Investigative Reporting in Emerging Democracies: Models, Challenges, and Lessons Learned,” relies on interviews with investigative journalists, donors, and media developers, as well as research into government and academic reports.

In the report, Sullivan covered the dangers journalists face in areas where legal protections are slim, or non-existent, noting that “each year, between 30 and 70 journalists are killed demonstrating the danger of this work.” He also stressed the importance of long-term grants, citing the disconnect between donors’ focus on rigid deadlines and the messy reality of investigative reporting.

The report offers methods to improve the quality and reliability of investigative journalism in challenging regions, emphasizing the importance of tailoring unique development plans to each region. It also encourages the investigative journalism community to reevaluate its aversion to government funding, since that aversion, while rational, deprives reporters of the biggest source of funding in the realm of media development.

OCCRP board member David Kaplan published an accompanying report, called "Models of Muckraking: Supporting Investigative Journalism Around the World," in which he presented strategies for independent media funders.