Tracking the Billions Stolen in Azerbaijan: An OCCRP Interactive Tool 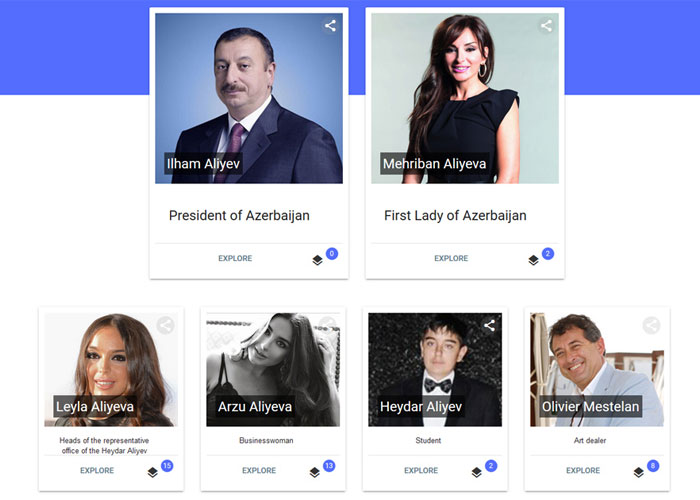 It’s hard to steal billions and cover your tracks.

In Azerbaijan, a small coterie has done its best, registering businesses in relatives’ names and scattering assets among dozens of offshore companies.

But in today’s digital world, it’s virtually impossible to leave no footprints.

For months, reporters for OCCRP have painstakingly untangled the connections between obscure companies and unknown individuals across the globe, following each thread back to its source: the clique surrounding the First Family of Azerbaijan.

The result we launch today: an interactive portrait of the people and companies Baku’s corrupt establishment uses to hide the money it has stolen from the people.

This work was begun by OCCRP senior reporter Khadija Ismayilova, currently on trial in Baku on spurious charges that may nonetheless end in a lengthy jail sentence.

Ismayilova, who also hosted a popular talk show for Radio Free Europe/Radio Liberty, says the charges against her stem from her work exposing corruption in Baku. Since her arrest last December, her colleagues around the globe have joined together to finish her work—an effort that is continuing.