“Follow the money.” It’s a simple principle that guides many investigative journalists. But what happens when a government lets those journalists themselves be tracked in the process?

The policy was immediately criticized by various Serbian journalist associations who demanded this procedure to be revoked as it allows agency employees to warn business owners or managers about ongoing investigations. Two journalist associations stated that this could seriously jeopardize the safety of journalists and deprive the public of important information. The whole point of having an institution like the Business Register Agency is to allow public access to data, the statement reminded. 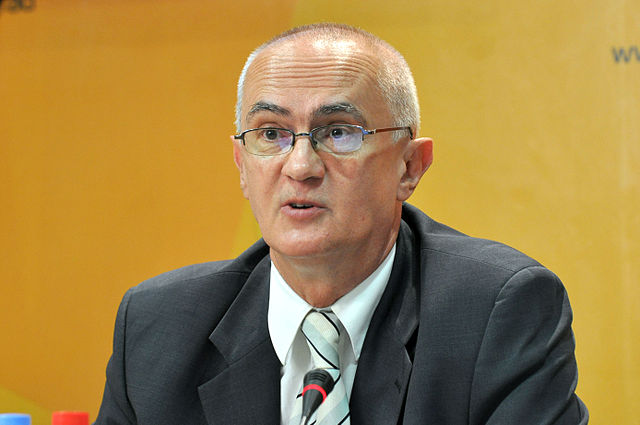 Serbia's Commissioner for Information, Rodoljub Sabic, said that it is unclear why such a procedure was introduced, and that information about investigations of companies owned by criminals or corrupt politicians can be made easily available to those owners, which could be dangerous for the journalists.

Sabic pointed to the fact that information about journalists who were investigating certain companies was made public immediately after the introduction of the procedure as evidence of the risks it holds, and said he will launch a monitoring procedure to establish whether this new registration requirement is violating the Personal Data Protection Law.

Stevan Dojcinovic, editor-in-chief of OCCRP partner CINS, writes in his blog that he recently had to follow the new procedure when looking into the Asomakum company data. The company was established with a forged ID card of Andrej Vucic, the brother of Prime Minister Aleksandar Vucic. He states that a day later the newspaper Informer, which is seen as close to the government, wrote about the CINS efforts to look into company data.  Dojcinovic said he was tipped off by Agency employee Ilija Cvorovic, who saw the investigation into the company data as "hostile action" against the Prime Minister.

Journalists in Serbia face a high level of interference and censorship in their work. A December 2013 story on a politician’s daughter was taken down from multiple press sites, including CINS, in an apparent hacking. Last month, a European Union (EU) report warned that deteriorating freedom of expression is a major barrier to Serbia joining the EU.