In 2012, IPSI developed a two-year masters degree program in investigative journalism focused on investigative techniques, law, and information gathering, reports the SUNY media center. The project was supported by a US$ 250,000 grant from the US Department of State. 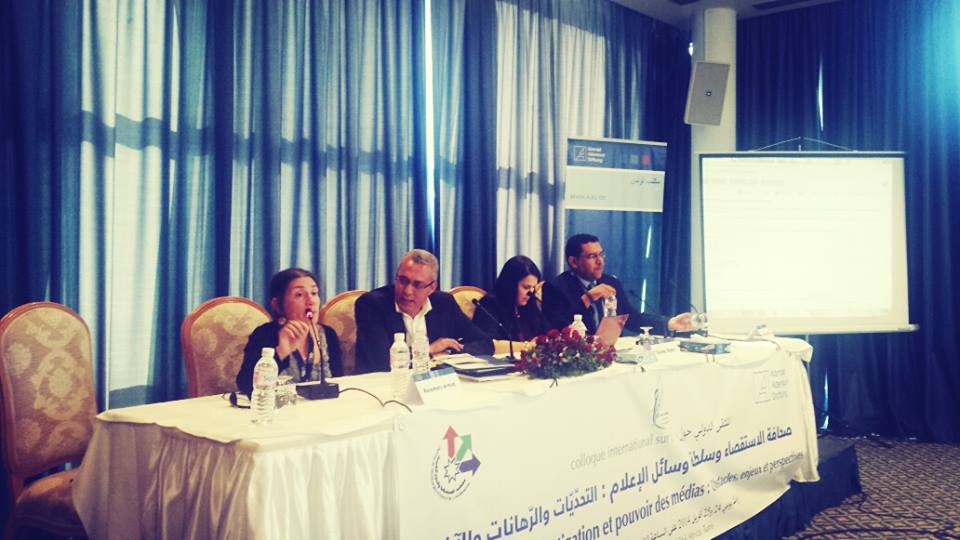 The program was created shortly after the 2011 ousting of President Ben Ali, who, according to the BBC, led a regime where political protest was not allowed and corruption among the ruling elite created resentment on the streets.

According to Patrucic, the training brought students together to discuss best practices in investigative journalism. She said journalism in Tunisia is not in good shape since reporters have historically been trained to just be spokespeople for the regime.

However, she said, “This is a golden time for journalists in Tunisia because they have access to information they didn’t before. Our hope is that new generations will come with a new mindset and take on stories based on public records and information rather than hearsay.”

There were three days of classes during the event. Radu and Patrucic taught a “Follow the Money” class on the first two days and a “Visualization of Data Infographics” course on the third.

The OCCRP reporters also spoke at an investigative journalism and media conference co-sponsored by ISPI and German political party foundation Konrad-Adenauer-Stiftung on April 24-25. It was attended by 150 experts and aspiring journalists.