The Panama Papers project led by the International Consortium of Investigative Journalists (ICIJ) and Süddeutsche Zeitung, of which the Organized Crime and Corruption Reporting Project (OCCRP) was a partner, won two categories of the 2016 Investigative Reporters and Editors (IRE) Award.  OCCRP and Serbian partner Crime and Corruption Reporting Network (KRIK) were also named finalists of the 2016 Tom Renner Award. 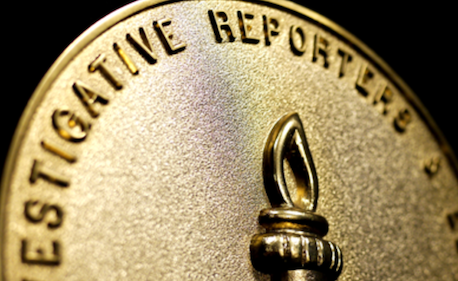 "Our work with ICIJ and Süddeutsche Zeitung on the Panama Papers was the highlight of the year," OCCRP editor Drew Sullivan said. "We are proud to be part of this excellent team."

The Panama Papers won the 'Gannett Award for Innovation in Watchdog Journalism' and the 'Innovation in Investigative Journalism Award' in the large investigations category.

The project, published last year, unveiled the beneficiaries of offshore companies and assets, which included high-level political leaders, entrepreneurs, oligarchs and sport figures. The ICIJ and Süddeutsche Zeitung along with over 100 media partners, including OCCRP, investigated an anonymous set of leaks from Mossack Fonseca law firm in Panama.

"Sifting through 2.6 terabytes of data in 11.5 million files with over 400 journalists representing upwards of 100 partners is a seemingly impossible task to coordinate and keep secret," the IRE judges said. "The results from this project around the world are testimony to its impact. It clearly made public something that others would want to keep secret.

IRE also recognized KRIK, assisted by OCCRP, for its online database which exposed the hidden assets of Serbian politicians, including ministers and government officials, such as those of the mayor of Belgrade Sinisa Mali and Serbian Prime Minister Aleksandar Vucic, among others.

"We are proud of the work KRIK has done," said OCCRP editor Drew Sullivan. "They have proven to be one of the most innovative organizations in Serbia."

The database was published in December 2016 with the aim of increasing transparency and public accountability in Serbia and lend to the fight against high-level corruption.

KRIK plans to continue expanding the database with new profiles of ruling and opposition politicians in the coming year, according to KRIK editor-in-chief Stevan Dojcinovic.