The Swedish Foundation Grävfonden announced its first scholarship program today, funding a one to three month internship with the Organized Crime and Corruption Reporting Project (OCCRP). 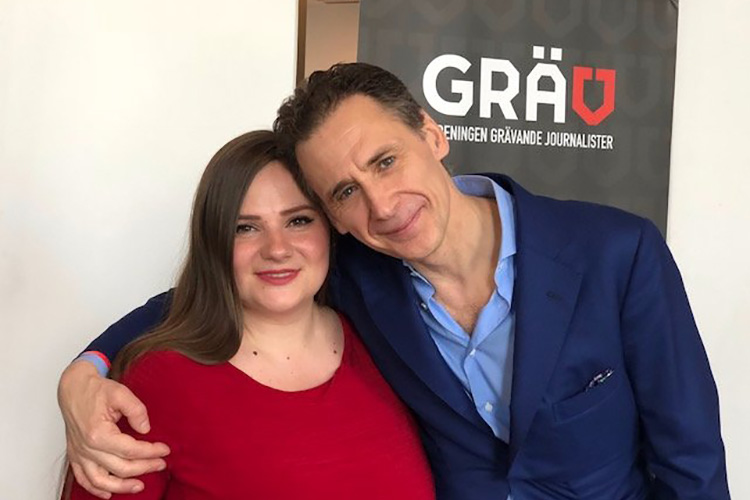 The announcement was made at the investigative journalism seminar in Helsingborg, Sweden. The first scholarship, worth up to SEK 50,000 (USD 5,938.00), will be aimed at members of the Association of Investigative Journalists (FGJ) in Sweden.

Foundation Grävfonden, the investigative fund, is the FGJ’s newly-formed scholarship fund. The fund will raise money to award scholarships to Swedish journalists to continue education and training in investigative reporting and new journalistic working methods. The aim is to strengthen Swedish investigative journalism at a time when journalism is threatened by failing business models and the public conversation is undermined by disinformation.

On site at OCCRP headquarters in Sarajevo, the Grävfond's fellow will participate in investigative projects and receive training in new digital investigative tools, an area where OCCRP’s work is world-leading.

At the Helsingborg seminar, the Millenium author David Lagercrantz, who donated half a million kronor (USD 59,372) to the investigative foundation last year said he is pleased at the announcement of the first grant.

“Further training in investigative journalism is more important than ever,” said Lagercrantz. “I am extremely pleased that the first scholarship is an internship at OCCRP. They have made a difference.”

"This is a fantastic program that will help Swedish investigative journalism a lot," she said.

"We are happy to work with Grävfonden on this important venture,” OCCRP editor and co-founder, Drew Sullivan said. “Cross-border reporting is the key to addressing organized crime and to be effective you need to spend time in the same room as other journalists learning how to work together and understanding the stories."

“[We are] very grateful for the collaboration with the world-leading OCCRP journalism network,” said Grävfondens chairman Kerstin Brunnberg. “We continue to work hard to build the Grävfonden into one of the more important funds for further education in Swedish journalism.”