Moscow police detained about 200 out of the 2,000 people who marched on Wednesday to show support for journalist Ivan Golunov, even though he was released a day earlier. 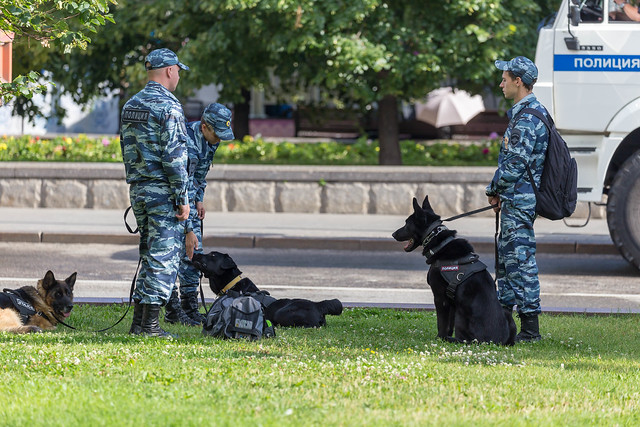 Russian Police (Marco Verch)Before Golunov walked free and his controversial drug dealing charges were dropped, about 25,000 people registered for the march on Facebook. Golunov and his publication, Meduza, claim that his arrest was in retaliation for his investigative reporting on corruption.

Protest organizer Ilya Azar told Independent reporter Oliver Carrol shortly before he was arrested that he was disappointed with police response to the march.

“Nothing in my country surprises me,” Azar said. “But if yesterday the government showed us a reasonable face, today it showed us that nothing has changed."

June 12th is the national holiday celebrating the formation of the Russian Federation, and police warned protesters that the planned march was unsanctioned, which could result in arrests.

According to those on the scene, the arrests did not appear targeted as police detained random protesters, a journalist covering the march, and often-arrested Russian opposition figure Alexei Navalny.

The march stopped near the Moscow police headquarters, the apparent source of frustration for those present, and the primary force behind Golunov’s arrest.