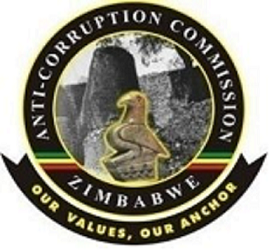 The Zimbabwe Anti-Corruption Commission seal (Photo: Facebook)The President’s chief secretary issued a statement that Mnangagwa had “accepted” the resignation of ZACC Board Chairman Job Whabira and his team effective Jan. 31, but sources informed NewZimbabwe.com that the commissioners were terminated for incompetency.

Mnangagwa, known as “the Crocodile” for his shrewd politics, was elected president last August, just barely securing a majority of the votes to defeat opposition leader Nelson Chamisa. He served as first vice president and right-hand man to strong man Robert Mugabe whose 37 year reign over Zimbabwe ended in a sudden coup in late 2017.

Meanwhile, Mnangagwa has his hands full with massive protests against record-high fuel prices he approved last month. Five people have been killed and Mnangagwa has responded by shutting off the internet and deploying the military.

In its most recent report from December, a local political think tank, Zimbabwe Democracy Institute (ZDI), said that political corruption is impeding the broader fight against graft in the nation.

“Respondents perceived that President Mnangagwa’s government is not genuine in dealing with political corruption, as less than 45 percent of sampled service consumers for all public institutions perceived some genuineness in government anti-corruption efforts,” the report read.

According to the report, corruption remains high in vital public institutions like the Vehicle Inspection Department (VID), public hospitals, courts and the Registrar General’s Office, which issues passports, birth and death certificates.

“Zimbabwe’s transition is going nowhere anytime soon. It is in a prisoner’s dilemma. The necessary political leadership to initiate and sustain transition and reform is missing,” the report concluded.