Russian authorities arrested ruling party official Rauf Arashukov in parliament on Wednesday for allegedly ordering two contract killings and being involved in a criminal organization, according to a statement by the Russian Investigative Committee. 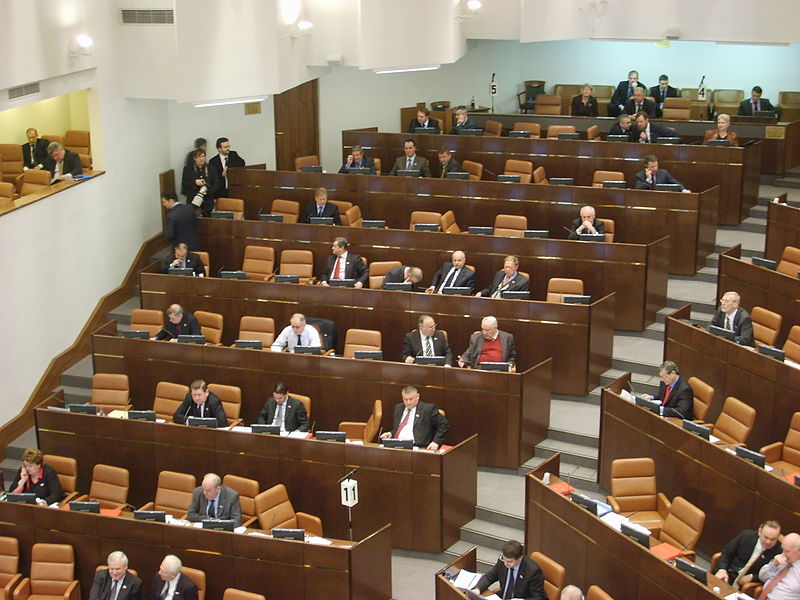 Federation Council of Russia where Arashukov was arrested (Photo: Kartmen, CC BY-SA 1.0)Arashukov, a United Russia member from the Karachay-Cherkess Republic, was on the floor during proceedings of the upper house of the Russian parliament when police officers entered, read out a warrant and arrested him when Federation Council members voted to strip him of his legal immunity and sanction the arrest, said the Investigative Committee.

The Speaker Valentina Matviyenko said on state television that Arashukov “tried to get up and leave the session. I told him to sit down."

Statements by the Investigative Committee reveal that the charges relate to the 2010 murders of Fral Shebzukhov, an adviser to then President of Karachai-Cherkessia, and Aslan Zhukov, deputy chairman of a youth movement in the region. The two were both shot, and Shebzukov was also beaten with a baseball bat.

Relatives of the victims demanded that authorities investigate Arashukov back in 2010, after three people suspected for involvement in the killings named him as having been behind it. Arashukov is also suspected of pressuring a witness in the Zhukov case.

Local media site Baza is claiming that Arashkov is a suspect in two more murders, but say that this is being kept from him so that he does not have time to produce an alibi.

Prosecutors have refused to release him on bail, claiming that he might flee to the UAE where he presumably holds real estate or has ties to someone who does.

Arashukov’s father, Raul Arashukov, was also arrested says the Investigative Committee. He is charged with creating a criminal community using his official position, fraud, and the theft of natural gas of PJSC Gazprom. An adviser to the chief executive of a subsidiary of the state-owned Gazprom, he is said to have intentionally produced more gas than the region needs and sold what was left for several years, embezzling 30 billion rubles (US$456 million) worth of gas. The younger Arashukov worked for Gazprom subsidiaries in Karachay-Cherkessia before joining the Federation Council in 2016. Altogether, at 32 years of age, he has already spent 14 years in politics.

“Other episodes of criminal activity of defendants are being established, as well as other persons, possibly involved in the crimes being investigated,” the Investigative Committee said.