Italian authorities arrested on early Tuesday morning one person and searched 25 homes looking for the alleged boss of a major Sicilian mafia clan who is hiding from them for more than two decades. 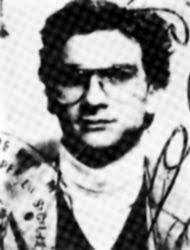 The Carabinieri of Trapani, a port town close to Sicily’s capital Palermo, said they arrested an important member of the Cosa Nostra for alleged organized crime association and assets fraud but did not specify whom they had in custody.

Since infamous boss Salvatore “Toto” Riina died in jail, Denaro was considered the new boss of bosses of the Sicilian mafia. However, prosecutors said last week that Denaro did not control all of Palermo’s clans, Reuters reported.