The European Parliament called Wednesday on police in Malta to investigate the revelations from leaked reports like the Panama Papers and said it will investigate the recent murder of Maltese investigative journalist Daphne Caruana Galizia. 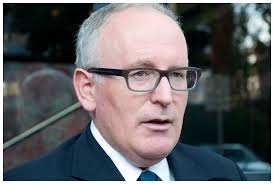 The resolution, passed with 466 votes in favor, 49 against, and 160 abstentions, calls on the commission to set in motion a dialogue with the Maltese government regarding its rule of law.

Police Commissioner Lawrence Cutajar and the Maltese supervisory and judiciary authorities should investigate the wrongdoings revealed in the Panama Papers, the resolution said.

The European Commission will also launch an international investigation into the murder of Caruana Galizia', whose name was given to the European Parliament's news room building in Strasbourg on Tuesday.

During the parliamentary debates that took place prior to the vote, European Commission Vice President had defended Malta's endeavors to combat corruption, amid strong criticism by European lawmakers.

Lawmakers had expressed their harsh skepticism regarding Malta's adherence to the rule of law. They expressed concerns that its leaders were profiting from global corruption.

One MEP even went so far as comparing the country to Netflix drama Narcos, based on the real horrors of South American drug cartels.

A European Parliament inquiry released this month found that the number of convictions and sanctions against financial operators not complying with money-laundering rules was "extremely low". It also revealed that the institutions implementing and enforcing rules on money laundering were "highly politicized".

In a report on anti-money laundering actions in the EU released in September, Europol said Malta reported fewer suspect transactions than other EU states between 2008 and 2014.

According to news site Business Insider UK, Esteban González Pons, Vice-Chairman of the conservative group, pointed at "the harassment of journalists, the blackmailing of independent media by banks connected with money laundering, the involvement of government officials in tax evasion."

"Malta has sold its sovereignty to dirty money. The European Commission should take a more active role in investigating the condition of rule of law in Malta," Sven Giegold, a member of European Parliament from Germany's Greens party, news agency Reuters reported.

However, Commission Vice President Frans Timmermans tempered the debate by stressing that the Commission had concluded that there were "no general concerns" about Malta's efforts to prevent money laundering.

He said that "improvements could be made on various levels," and that the Commission was looking into new information provided by Malta on recent cases of alleged criminal activities, Business Insider UK reported.

He called on the island to join the new EU public prosecution office.

The group of the Progressive Alliance of Socialists and Democrats opposed the resolution, with several MEPs claiming that the rule of law and institutions had not collapsed.