Italy urged on Tuesday Malta to escalate its crackdown on organized crime while Italian prosecutors are investigating possible links a multi million-dollar fuel-smuggling network and the recent killing of the anti-corruption journalist, Daphne Caruana Galizia. 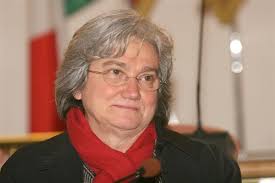 During an Italian parliamentary visit to Malta, which had been planned before the car bomb attack that killed Caruana Galizia, Italian Democratic Party senator Rosy Bindi called for greater cooperation from Malta authorities to curtail organized crime.

Bindi heads the Italian anti-mafia parliamentary commission which expects Malta to initiate legal reforms in order to stamp out the development of organized crime syndicates — Cosa Nostra, the 'ndrangheta and the Camorra — which finds in the island's shady financial regulations favorable loopholes.

Bindi believes mafias have a grip on drug trafficking, petroleum trafficking, immigration and online gambling on the island.

Referring to Caruana Galizia's murder, the senator said that "the fact that they hit a woman who did investigative journalism is proof that sometimes they're more afraid of a pen than a pistol."

"We believe this is an extraordinary opportunity to come to grips with how dangerous this criminal phenomenon is, where they kill people when they are prevented from doing business and making money," she added.

According to The Guardian, Italian authorities had denounced few days earlier Maltese government's lack of effort to collaborate on an investigation into an oil-smuggling network suspected of having smuggled about US$ 12 million in fuel from a refinery in Zawyia, Libya , before ending up on the market in Italy, Spain, and France.

They said Maltese investigators had failed to answer for 18 months an international request for information.

Italian authorities arrested former Malta football player Darren Debono on October 20th on the island of Lampedusa in connection to the case.

In particular, the journalist reportedly took up the illicit fuel-smuggling story on her blog “Running Commentary” from a Wall Street Journal article which had, investigators said, sparked Debono's anger.

She had exposed Debono's business ties with Libya in a post in February 2016 in which she explained that he was at risk of being killed after taking part in the car bomb attack of two fishermen linked to Libya.

In addition, she had allegedly received an email threat from a relative of Debono about her earlier publication on the family’s activities.