The mystery of who was behind April’s bizarre midnight demolition of buildings in Belgrade has been solved, according to Prime Minister Aleksandar Vucic: top city officials gave the orders, but he’s sure they did it out of “pure” motives. 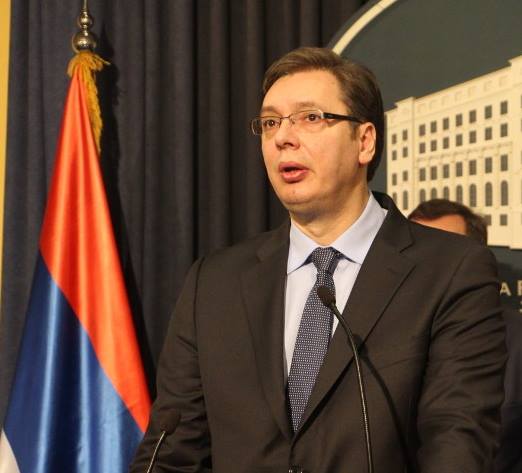 On the night of April 25, a group of about 30 men armed with baseball bats knocked down multiple buildings in Belgrade using heavy equipment, allegedly mistreating several locals. At a Wednesday press conference, Vucic said that the “highest city officials” are behind the destruction of the neighborhood.

“I am certain that their motive was pure,” said Vucic. “I am certain they wanted to create something much nicer there,” by cleaning up the area which he said criminals had been misusing for their own financial gain.

Vucic did not identify any of the officials, saying that prosecutors and police would reveal more details. He said the perpetrators will face legal consequences, but that he does not intend to urge the authorities to speed up the process.

The demolition occurred as the votes in Serbia's snap Parliamentary elections were being counted. Witnesses said several black cars with tinted windows arrived at the riverbank neighborhood of Savamala, Hercegovacka Street.

Critics say that the neighborhood was demolished to make way for a massive government project called the Belgrade Waterfront. The government’s contract with a United Arab Emirates-based company to construct a residential and commercial complex is to include construction of the largest shopping mall in the Balkans.

Vucic said that earlier reports claiming the perpetrators tied up witnesses were not true.

According to Balkan Insight, one of the witnesses who said he was tied up, Slobodan Tanaskovic, died last month from a heart attack.

According to the Serbian Crime and Corruption Reporting Network (KRIK), which published exclusive footage of the event, the group also mistreated passersby, taking away their mobile phones and warning them not to report the activities.

Ombudsman Sasa Jankovic said that some witnesses managed to call the police, who ignored their pleas for help. According to Jankovic, recordings of telephone conversations indicate police refused to take action because of orders from “the top”.

Interior Minister Nebojsa Stefanovic, however, denied those allegations, insisting police officers were not ordered to stand down that night.

As weeks passed without answers, thousands of citizens gathered on May 11 to protest in front of the Belgrade Assembly over what they saw as an inadequate reaction by authorities, asking for resignations of several top city officials, including Belgrade Mayor Sinisa Mali.

Both Vucic and Mali initially denied any involvement by city or state institutions in the destruction of the neighborhood, and stated that they have no information on who might be responsible.

Vucic said the perpetrators should be prosecuted for the way the operation was conducted, but noted the demolished buildings lacked construction permits.

According to KRIK, the owner of some of the property destroyed that night denies that.

KRIK further reported that, when asked if Mayor Mali has lost his trust, Vucic expressed his support for Mali, calling him one of the best mayors Belgrade has ever had.

This article was edited on June 10.