Leaked recordings that appear to feature two senior Bulgarian magistrates have once again drawn attention to the country’s judiciary, lack of separation of powers, and questionable adherence to rule of law. 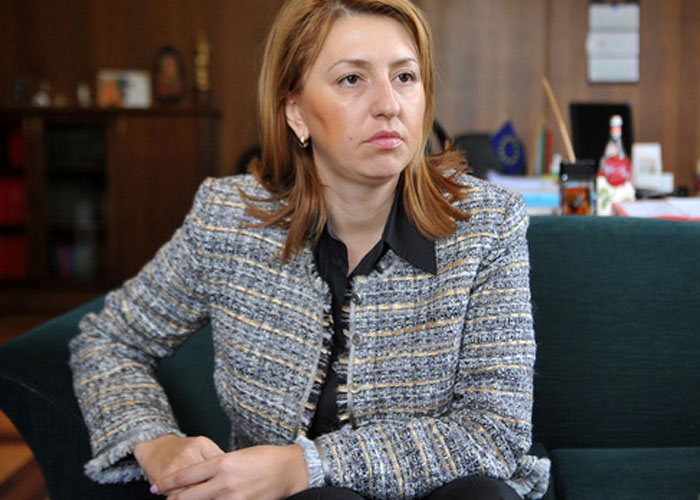 Vladimira Yaneva (Photo by sofiaecho.com)The wiretaps appear to feature the voices of Vladimira Yaneva, the former president of the Sofia City Court (SCC), and her former deputy and ex-SCC judge, Rumyana Chenalova.

According to the Bulgarian Capital Daily, several magistrates and attorneys said that the voices on the tape sound like those of the two women.

Six recordings, obtained by the whistleblower platform BalkanLeaks and released by Bivol.bg, an OCCRP partner, were made in February 2015, shortly before the prosecutor general’s office announced it was investigating illegal wiretapping.

The Supreme Judicial Council (SJC) suspended Yaneva that month for granting a large number of permits to use so-called Special Surveillance Devices (electronic equipment used to spy on people) in breach of the law.

According to the taped conversations, someone named “Boyko” (Bulgaria’s prime minister is called Boyko Borisov) instructed Prosecutor General Sotir Tsatsarov to “finish” Yaneva at a secret meeting in February.

“Boyko has pressured the prosecutor general to the point of driving him crazy,” says the woman believed to be Yaneva.

Some of the most powerful people in Bulgaria have allegedly attempted to protect Yaneva. According to the wiretaps, the president of the Supreme Administrative Court, Georgi Kolev, was one of them. He allegedly informed Yaneva about developments at the SJC, gave her advice, and attempted to lobby the prime minister on her behalf.

“And I said, Joro (from Georgi), act as you deem necessary, conspire with the people; it is better to suspend me [than be indicted – editor’s note]. I just want this thing to be over,” the woman says.

The woman believed to be Yaneva was apparently further notified by key people in the SJC that its members were “at each other’s throats” as her supporters did not want to remove her, but Prosecutor General Tsatsarov was preparing to indict her. She also alleges that she had exchanged text messages with Borisov, who assuaged her fears.

Meanwhile, Tsatsarov had apparently warned Yaneva on the phone and met with her in person; told her that he had been pressured, but was unwilling to “deal with crap and make populist moves;” that he would try “to mask things” but “could not do much more in this situation.”

One recording revealed that Yaneva had issued permits to spy on foreign embassies.

The authenticity of the recordings has not been officially confirmed, but the storyline described in them fully matches the sequence of real events from Feb. 2015.

The recordings were leaked through the platform for anonymous sharing, BalkanLeaks. They are being published in portions by the Bulgarian site for investigative journalism, Bivol.bg, an OCCRP partner.

Bivol said it has analyzed the original recordings with acoustic software and found no indication of manipulation, tampering, additions or deletions.

Yaneva was elected by the SJC in 2011 as president of the most important court in Bulgaria – the Sofia City Court – without much experience or many qualifications, and despite media publications exposing an apparent conflict of interest.

According to her own statements at the time, she was a family friend of then-interior minister, Tsvetan Tsvetanov, who is still the second-in-command in Prime Minister Borisov’s ruling party, Citizens for European Development of Bulgaria (GERB). Tsvetanov confirms the friendship.

Yaneva’s fall from grace began towards the end of 2014, when the French Ambassador in Sofia commented on a bankruptcy case which focused on subsidiaries of the French company Belvedere, saying on live TV that the Bulgarian judiciary had some “bad apples.”

The presiding judge in that case was Chenalova, believed to be the second female voice in the leaked recordings. Belvedere argued that the proceedings were groundless and that a Bulgarian company enjoying Chenalova’s protection wanted to take over their business.

Chenalova was dismissed and charged with abuse of office. She was arrested for a short time and later released on bail.

In the aftermath of the scandal, probes of the Sofia City Court raised suspicions that an official system to randomly assign cases to judges had been manipulated.

At the same time, the public learned that by allegedly granting the surveillance requests in breach of the law, Yaneva allowed eavesdropping on anti-government protesters in an initiative called Operation Worms.

It later transpired that the surveillance devices were actually used by the secret services to infiltrate and monitor the entire database of the interior ministry.

Speaking to Bulgarian journalists in Brussels on Feb. 12, 2015, Prime Minister Borisov invited the prosecution to launch proceedings against Yaneva.

On Feb. 19, the prosecution announced it had launched pretrial proceedings against her, and the SJC suspended her from her post on the same day.

Responses to the Allegations 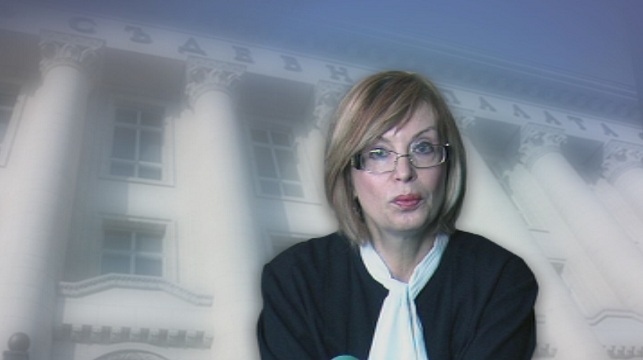 Rumyana Chenalova (Photo by bnt.bg)Approached by Bivol for comment, Chenalova did not deny talking with Yaneva.

Yaneva, however, hung up the phone after a Bivol journalist introduced himself, without waiting to hear the reason for the call.

Kolev, the president of the Supreme Administrative Court, denied the content of the recordings, said he doubted their authenticity, and claimed that this was likely a political attack against him.

“Two women talking to each other… Sorry, my name comes up in conversations all the time,” he said.

“I can’t stop them. You know women in beauty parlors constantly talk about me, I can’t do anything about this,” he said.

SJC also kept silent for a week before announcing that its Ethics and Anti-Corruption Committee had launched an inquiry into whether the leaked conversations were recorded legally.

A proposal by two SJC members to appoint a special ad-hoc committee for the probe was rejected.

SJC also sent a letter to Bivol asking them to hand over all the recordings in their possession, as well as information about their source.

Prosecutor General Tsatsarov broke a week-long silence too, saying the recordings were made illegally. He hinted that Judge Chenalova had herself taped them, and denied everything said in them.

He admitted to having met with the prime minister, but said it was not about Yaneva’s case.

Similarly, Tsatsarov acknowledged having spoken to Yaneva, but insisted it was prior to the launch of the probe into her. This claim contradicts a subsequently released recording.

He reiterated his words from February that Yaneva wasn’t the only person to blame for illegal wiretaps. To an objection from an SJC member that he should not be commenting on a pending legal case, the prosecutor general replied: “I will comment on what I deem necessary.”

The SJC began their probe by deciding to summon Prime Minister Borisov, but later made a u-turn, starting instead with hearings of Yaneva and Chenalova themselves.

Yaneva appeared for her hearing last week, avoiding the media. Her lawyer said she did not remember the conversations and says she suspects the recordings were manipulated.

In interviews for Bivol and the TV station bTV, Chenalova confirmed that such conversations took place and “not just once.” She denied taping them herself, and said she had alerted the European institutions about the dealings of politicians and the prosecutor general.

Meanwhile, on Nov. 19, the SJC finally converted Chenalova’s suspension over the Belvedere case to a formal dismissal. She was also charged with forging documents.

So far, only two SJC members and Justice Minister Hristo Ivanov have called for a full investigation into the content of the recordings, rather than merely how they were made.

The Bulgarian Judges Association (BJA) called on the National Assembly and the president to take a stand. The organization said in an open letter that the tapes shed light on systemic problems in the judiciary and asked SJC to fully investigate the content of the conversations.

Bivol has told the state-owned Bulgarian National Radio that more recordings will be released.

Bulgaria is embarking on a series of long-awaited reforms to its judicial system. The first step is restructuring the SJC – a permanent body that represents the judiciary, secures its impartiality, determines its composition and organization, and manages its activities – without affecting its independence.

The SJC consists of 25 members. The presidents of the Supreme Court of Cassation and of the Supreme Administrative Court, as well as the prosecutor general, are appointed by presidential decree.

Eleven members are elected by the National Assembly and the remaining 11 by the judiciary. Their terms of office are five years and they cannot be re-elected for a second consecutive term.

The most controversial aspects of the judicial reform include the details of how the SJC could be split into two separate judicial and prosecutorial colleges to prevent interference between the two – a move thought vital to achieve meaningful improvements to democracy in Bulgaria.

Sofia City Prosecutor Nikolay Kokinov lost his post, too, after a leaked conversation between him and Prime Minister Borisov made headlines in 2013 by revealing details of the lack of separation of powers.