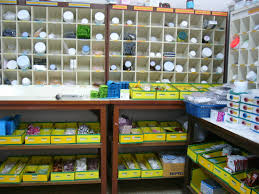 According to a police press release, the arrests took place on Friday 5 June.

The prosecutor general said that employees of the Fund for Obligatory Health Insurance had deliberately allowed pharmacies to benefit unfairly through forged prescriptions.

Free medicines are provided for those who qualify for the obligatory health insurance fund by the Albanian government.

Prescriptions are issued by medical professionals from pharmacies, and the Fund for Obligatory Health Insurance later reimburses the pharmacies.

According to Balkan Insight, prosecutors uncovered the fraud when it was noticed that at four pharmacies with which the Fund had recently signed new contracts, unusually large quantities of an expensive tumour medication were sold between September 2014 and March 2015.

The prosecutor general announced that one of the arrested was Pjerin Xhuvani, director of the Tirana Fund for Obligatory Health Insurance and head of theoffice of the Socialist Movement for Integration Party (LSI) in the central Albanian town of Elbasan.

The LSI, whose leader Ilir Meta is also the speaker of parliament, is a coalition partner in the current government led by the Socialist Party.

AlbanaVokshi, member of Parliament for the opposition, told Balkan Insightthat Xhuvani was a friend of Meta, but only a minor player in the scam.

Vokshi further claimed that the scandal “shows a criminal mechanism which is well structured and directed by those who run the government”.

News outlet Balkan Insight has called the arrests “the biggest corruption scandal” that the coalition government has faced since it came to power in 2013.