Australian lawmakers have proposed a bill that would force large multinational companies operating in the country to disclose their foreign earnings and tax payments. If passed, the law would be a major hit against the proliferation of the use of tax havens for evading financial requirements in Australia. 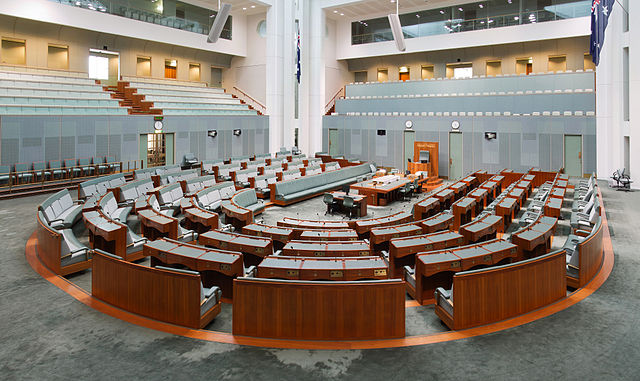 A recent study showed that tax havens allow corporations to siphon away more than 1$ trillion every year, from local taxation. (Photo: JJ Harrison, Wikimedia, License)The legislation is being proposed as part of Australia’s budget package for the coming year.

“This Budget makes our tax system more sustainable by making sure multinationals pay a fairer share of tax in Australia, by extending successful tax compliance programs, and by giving the [Australian Tax Office] the resources they need to crack down on tax dodging,” Treasurer Jim Chalmers told the Australian Parliament.

The Paradise Papers leak, which OCCRP helped report alongside other outlets mobilized by the International Consortium of Investigative Journalists (ICIJ), shed light on the the extent to which tax havens allow corporations to siphon money away from national budgets. The 100 companies exposed in the leak moved some US$252 billion offshore in 2017 alone. Another study published more recently, showed that tax havens are believed to siphon away more than 1$ trillion every year, according to ICIJ.

“If the proposal is enacted into law through legislation – as seems likely, given Australia’s parliamentary makeup – Australia will become the first country to require a wide range of MNEs (multinational enterprises), including some headquartered in the United States, to report key tax and operating information  that is fully disaggregated on a country-by-country basis,” the FACT Coalition said in a recent news letter.

FACT said that along with other international tax transparency organizations, it has found that public country-by-country reporting may work to counter the most aggressive tax-dodging practices employed by large multinational enterprises across the globe.