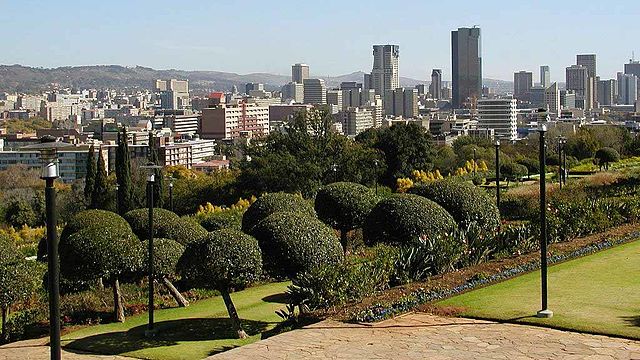 Pretoria is adjacent to Johannesburg, known to be headquarters of the Nigerian mafia in South Africa. (Photo: Wikimedia, License)The suspects were part of a confraternity known as ‘Air Lords’ and were arrested in a joint operation led by Interpol and local investigators – according to a press release by the South African Police Service.

Air Lords are a Nigerian cult adhering to obscure religious practices. It was founded in the 1970s at the University of Ibadan in southern Nigeria with the intention to make a positive contribution to society.

However, as in other similar groups representing an unorthodox fusion of organized crime with occultism prominent in Nigeria, many of its members went astray and turned the group into a violent crime syndicate.

Alongside cybercrime, Air Lords are reportedly involved in human trafficking, narcotics, passport forgery and the transport of stolen crude oil to Europe.

“This arrest is but one of several simultaneous happening currently in other countries tracing the suspects involved in online scams such as romance, investments, bitcoin, employment and all related advance fee fraud,” the statement said.

Nigerian crime syndicates went global with mass emigration from the country in the 1990s induced by the economic collapse in the preceding decade.

After the fall of the Apartheid in 1994, South Africa became a popular destination for those leaving Nigeria, with gangs soon rising to prominence on the local crime scene. First specialized in cocaine, their portfolio later diversified – notably into internet fraud.

In October last year, six leaders of another mafia cult from Nigeria — the ‘Black Axe’ movement — were arrested in Cape Town for alleged conspiracy in internet scams.