Nigeria’s law enforcement snatched 1.8 tonnes of cocaine in what officials described as the biggest seizure in the history of the country’s anti-drug agency. 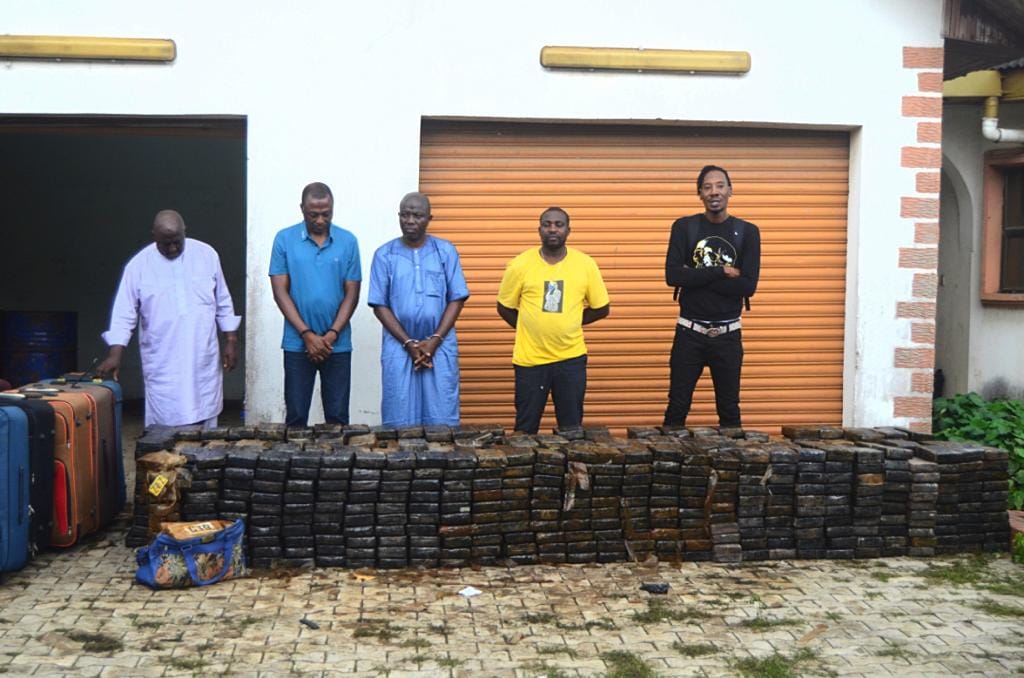 The agency seized a total of 1,855 kilograms of cocaine and estimates that its street value could be more than nine billion naira (US$453.5 million).

According to preliminary findings, the class A narcotic was destined for Europe, Asia, and other parts of the world.

During the operation conducted on Sunday, Nigeria’s police arrested five suspects, four alleged drug lords and the manager of the warehouse. One of the arrested drug lords is a Jamaican national, according to the statement.

NDLEA stressed that the suspects were arrested at different hotels and hideouts in Lagos state, in a “well coordinated and intelligence-led operation,” alleging that “they are all members of an international drug syndicate,” that the Agency has been tracking since 2018.

NDLEA Chief Executive, Brig. General Mohamed Buba Marwa stressed that the bust is “a historical blow to the drug cartels and a strong warning that they’ll all go down if they fail to realize that the game has changed.”

The U.S. Drug Enforcement Administration (DEA) was involved in the NDLEA’s extensive investigation, read the statement.

Nigeria’s state broadcaster, Voice of Nigeria, cited the country’s President Muhammadu Buhari as saying that the news of the cocaine recovery “gladdens his heart.”